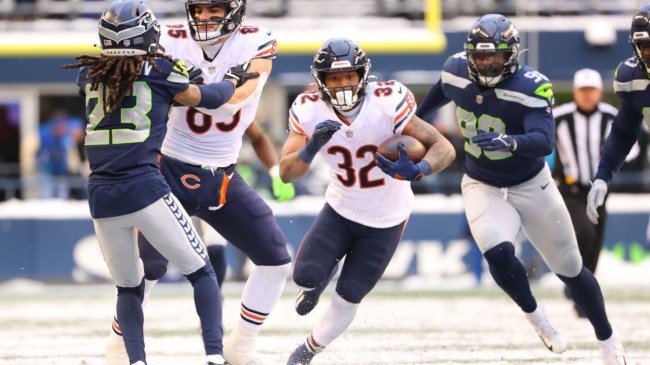 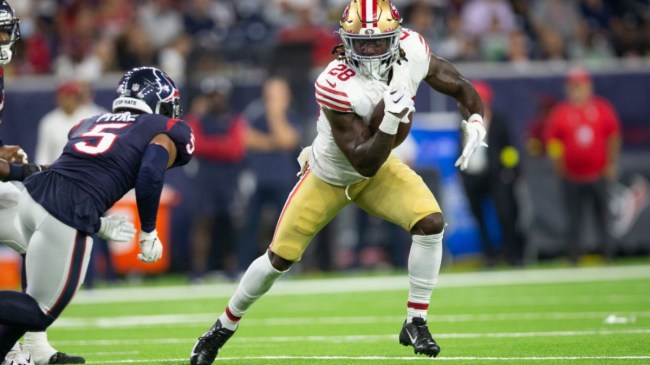 When the San Francisco 49ers drafted Trey Sermon in the 3rd round of last year’s draft, it was expected that he would emerge from the team’s running back committee to become their lead back. That expectation hasn’t exactly panned out.

Sermon found himself in the dog house early in his rookie season and was a healthy scratch for the first game of the year. As Sermon struggled, fellow rookie back Elijah Mitchell broke out and seized the team’s RB1 role.

With Mitchell and Jeff Wilson already ahead of Sermon on the roster and Ja, the 49ers added rookies Tyrion Davis-Price and Jordan Mason to their running back mix this offseason. Those moves didn’t bod well for Sermon’s continued presence on the roster as cut day approached.

However, 49ers’ GM John Lynch provided some hope for Sermon a few days ago when he said that the running back had been the team’s best player throughout camp.

Trey Sermon has been a star of the 49ers training camp 👀 pic.twitter.com/5TAUmWpWlA

Sermon ended up making it through cut day yesterday as the 49ers held on to 5 running backs, but that relief was short-lived for Sermon. Today, he was waived by the 49ers.

Sermon finishes his 49ers tenure with just 41 carries for 167 yards and a touchdown during his lone season with the team.

As a running back who was so highly touted coming out of Ohio State and just a single year into his NFL career, Sermon will likely land somewhere early on in the season.

Until then, he’ll unfortunately just be viewed as a very disappointing 3rd round pick for the 49ers who couldn’t even hold down a roster spot after his rookie season.