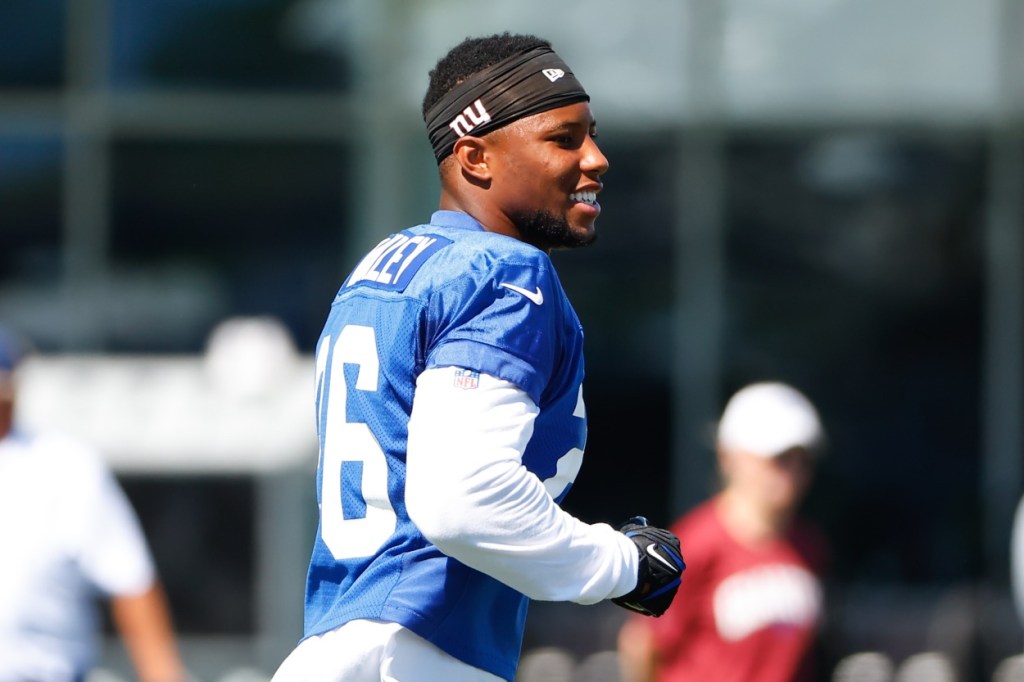 New York Giants running back Saquon Barkley is hoping for a huge season. His four seasons in the NFL have been plagued by injuries but he’s healthy this year.

The former Penn State legend is sick and tired of people critiquing his running as ‘dancing’ in the backfield and he went off on those critics on Thursday. Here is the video of Saquon Barkley’s comments with his full quote below:

Saquon Barkley: “I’ve been playing this position for a very long time, and by no means am I the perfect running back, and I still got so much work to do. But I know that’s been the conversation or been a thought or been a thing out there that’s said about me it, ‘He don’t know what he’s doing. He’s just dancing back there.’

His comments are valid.

Saquon’s right that people criticizing him who has never been in his position don’t get what he’s going through. But at the same time, his point of view here seems to not factor in that everyone can learn. He can absolutely learn to see the holes/cuts better and adjust his style but given how successful he was in college football and his rookie season, maybe that’s not something that’s on the radar for him.

The responses to Saquon Barkley’s comments on Twitter are interesting. He still has plenty of Giants fans who think he’s that dude. Others have given up on him.

No one had a problem with his style of running before the injury when avg 4.8 ypc with 2300 yards and 17 rushing TDs in 29 games. Blocking and the whole offense just have to be better and Barkley has to trust his knee/body. I think he will be fine this year.

He faces free-runners as soon as he touches the ball at least 3-4 times a game, and he finds no hole whatsoever at the LOS at least 3-4 more times. Give him some consistent room to run and he will not only move the chains, he'll hit the occasional "HR!"

Barkley needs to run the ball down the middle and if it's to the outside when blockers are available. No more dancing BS! Previous backs…Jacobs, Barber, Hampton, Morris, etc always had success!!

I have never heard the phrase ‘hard nipple angry’ in my life until now but I’m stealing this and using it in everyday conversation from now on:

He is hard nipple angry look out

If he can stay injury-free this season, Saquon Barkley will be the most beloved player on the Giants. But injury-free seasons have eluded him in recent history and it’s tough being a running back when you’re getting pummelled on every possession.