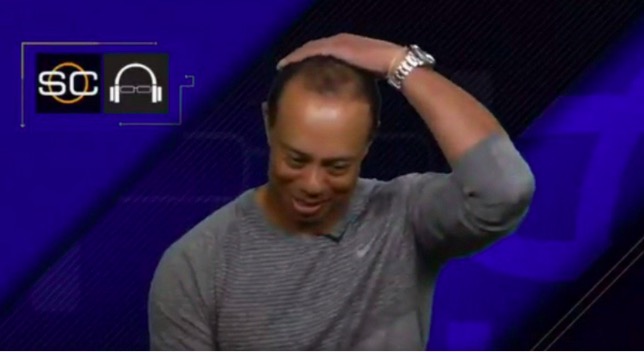 Twenty years ago, Tiger Woods won the Masters (and his first ever major) in record-breaking fashion, winning the tournament by 12 strokes, catapulting him to a world number one ranking and international fame. Today, the 41-year-old is ranked number 742 in the world and has 100-1 odds to win the Masters. While Tiger’s fall from grace cannot be attributed to one thing in particular, back surgery and a widely publicized and humiliating extramarital saga are two undeniable culprits.

Tiger did himself no favors by revealing a cutting-edge haircut that the internet mocked as a microcosm for the current state of Tiger Woods. ESPN’s Scott Van Pelt addressed the elephant in the room during an interview with Woods today and Tiger handled it like a G.

Credit to Tiger for not letting the online barbs shake him. Some of these are headshots. Literally.

Tiger Woods is proof these hoes stress you out. Settle down with that special someone, fellas. pic.twitter.com/GvamMl6FKb

Y'all Pray for Tiger Woods…. Ain't nothing wrong with him, he just looks like a 7th Grade Science Teacher now. pic.twitter.com/hNwU0LxPOT

Some of y’all are just downright mean, Tiger Woods looks great for 76. pic.twitter.com/21NNOmj9aL

Dunno what Movie Tiger Woods is playing Lenny Wilkens in, but I am going to see it. pic.twitter.com/G9I9GBizbh

Tiger Woods still hits up Perkins waitresses. But it's for a Senior Discount now.pic.twitter.com/hBxbdUjdBe

Tiger Woods wife and hair both left him pic.twitter.com/YDLvHqrBMq