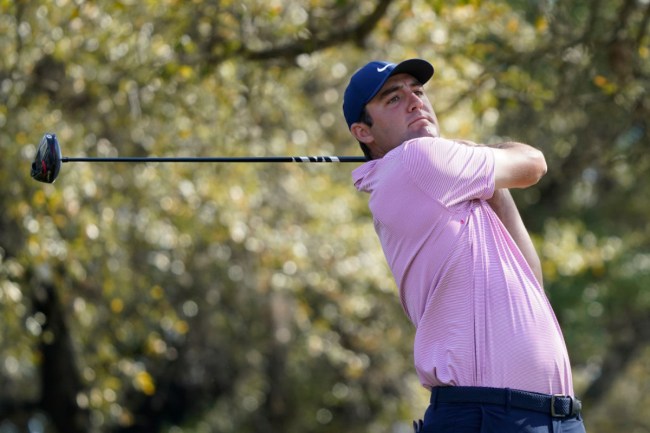 Scottie Scheffler will be one of the top favorites to win the 2022 PGA Championship at Southern Hills in two weeks. He recently had quite the trip to Southern Hills as well, only adding to the hype for him to win what would be his second major of the year.

Scheffler teed it up at Tulsa, Okla. track with fellow Tour player Ryan Palmer and a friend of theirs this past Thursday and absolutely lit up the place.

Cameron Chhim, an assistant professional at Southern Hills, caddied for Scheffler during his practice round and said he “made it look easy.” Scheffler turned at 1-under, but then caught fire on the back-nine reeling off birdies on Nos. 10, 11, 12, 13, 15, and 17.

“He played one ball the entire time, no practice putts, and made it look easy,” Chhim told Golf Oklahoma.

“He’s No. 1 in the world and it was pretty easy to see why. It would be hard to say that he’s not going to win or at least be in contention. He hits it far enough and he has just incredible distance control with his irons. Ryan shot 2 or 3 under and looked like he was standing still based on how Scottie was playing.”

Scheffler, the No. 1 player in the world, has had a ridiculously strong year. Not only did he win the green jacket in April, but since the calendar turned to 2022 the former Texas Longhorn has four total wins to go along with three other Top 25 finishes in his eight individual starts.

The 25-year-old going on a birdie fest at Southern Hills shouldn’t be too much of a surprise. Not only is he the hottest player on the planet right now, but Southern Hills is also his favorite golf course in the world.