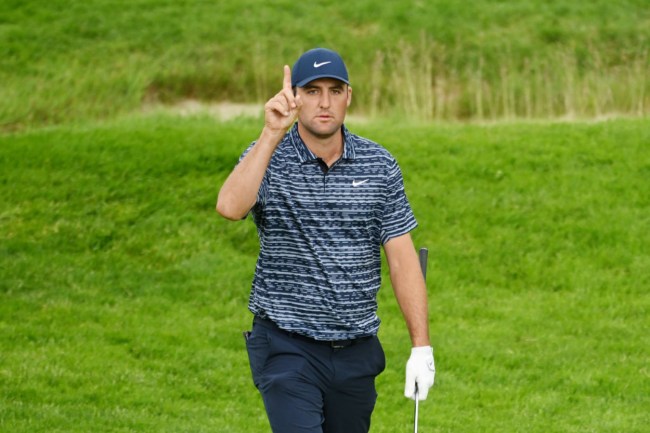 Scottie Scheffler is having one helluva a year on the PGA Tour.

Dating back to October, the world’s No. 1 player has played in 19 tournaments this season. In those 19 starts, Scheffler has won four times, finished runner-up three times, and finished inside the Top 10 on two other occasions.

With that success comes great financial gain, and it turns out no player in the history of the PGA Tour has earned more than Scheffler has in a single season. That’s saying quite a bit seeing as how we haven’t even reached the month of July yet.

Scottie Scheffler sets the PGA TOUR record for most official money earned in a season with $12,896,849 (does not include bonuses). pic.twitter.com/nwcskXzkY2

Looking back at Singh’s 2004 campaign, he won a whopping nine times in 29 starts on Tour and managed another nine Top 10 finishes on top of that.

Taking a quick glance at the rest of the PGA Tour schedule, Scheffler will likely make six to eight more starts this season. He should be the favorite to win the FedEx Cup at the end of the year as well, which the winner of that takes home a nice little check of $18 million.