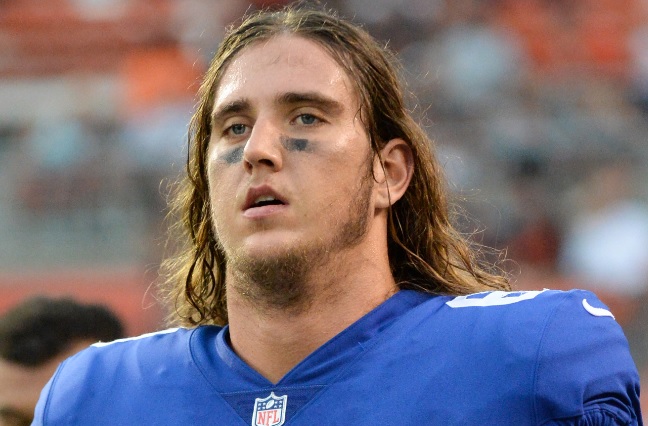 Seahawks’ Chad Wheeler has broken his silence after being involved in a disturbing domestic violence incident over the weekend.

On Saturday, Wheeler was arrested after being accused of strangling his girlfriend until she lost consciousness. Wheeler’s girlfriend told police that the NFL player had stopped taking his medication for bipolar disorder days before the incident took place.

Wheeler allegedly strangled the woman with both hands but removed one at one point to cover her mouth and nose to impair her breathing, the Kent police report stated. He also allegedly held her down when she began fighting back and the woman lost consciousness for an unknown period of time, according to the report.

When she woke up, she heard Wheeler say “Wow, you’re alive?” She then ran to the bathroom, the report said.

Chad Wheeler of the @Seahawks tried to kill his girlfriend because she wouldn’t bow to him. He was even surprised at her survival.

If you’re not outraged, you’re part of the problem. @NFL handle this swiftly & decisively. pic.twitter.com/R2IF1HwMow

On Wednesday afternoon, Wheeler, who is currently out on bail after posting a $400k bond, took to social media to blame a “manic episode” for the incident and vowed to walk away from football while going out to get help.

Events happened over the weekend that transpired from a manic episode.  I am deeply sorry for the pain and suffering that I have caused to Alleah and her family.

I apologize profusely for the turmoil that I have caused to my family, teammates, fans and those closest to me. The most important thing right now is that Alleah gets the care she needs and I get help.  Both are happening.

It is time for me to walk away from football and get the help I need to never again pose a threat to another. I cannot express my sorrow or remorse enough. I am truly ashamed.