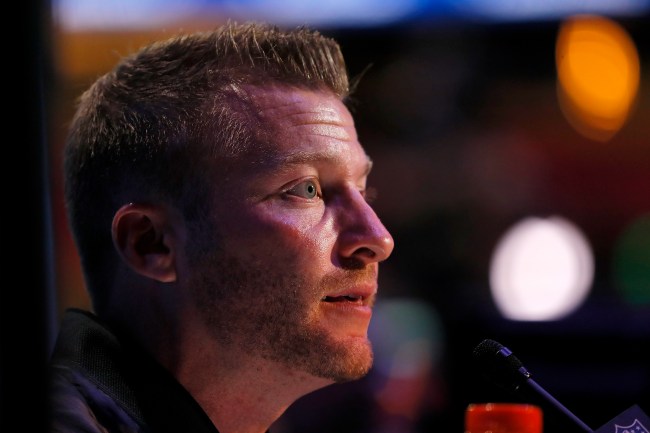 After nearly a decade of smoking weed, I’m lucky when I remember my debit card pin at the ATM. Sometimes my friends will tell me things about my life that I have no recollection of. I was reminded the other day that I was in a relationship for two years with a girl named Rachel. I Facebooked creeped on her. Looks like a nice girl. Apparently it ended because I “forgot her birthday” “twice.” Women, they do everything in their power to keep their age from you, until it suits them.

On the other end of the memory spectrum is Rams’ head coach Sean McVay. The dude has already proved that he can remember literally every play of his career, even the innocuous ones. During Monday’s Super Bowl Opening Night, the 33-year-old’s memory was put to the test once again by a reporter who quizzed his about specific plays from his high school days at Marist in Atlanta. Sixteen years ago.

McVay was grilled about a 2003 state semi-final game in high school and did not even need to dig deep to recall the memory.

“Roll-out pass right. Anderson Russell caught it for a big touchdown. It kind of got tipped, actually, when he was running a wheel right down the right sideline.”

This will never not be amazing to me. I legitimately watch a series on Netflix that I’m encapsulated by and a week after I finish I couldn’t even tell you the name of the main character, never mind a plot point. God, I’m one pathetic loser.