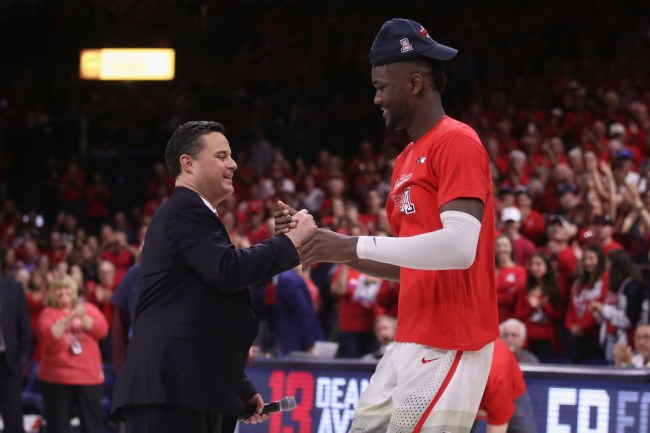 Back in March, famously loudmouthed attorney Michael Avenatti dropped a major bomb on the college basketball world when he accused former Arizona Wildcat DeAndre Ayton of taking money from Nike before he left college and was selected with the first pick in the 2018 NBA draft.

The lawyer was promptly arrested for allegedly trying to extort $20 million from the company but he wasn’t done yet and followed up that accusation by accusing Zion Williamson’s mom of taking a solid chunk of change from Nike to ensure her son would end up playing for Duke.

Avenatti has previously written some checks with his mouth that his ass failed to cash, so while it’s unclear how truthful those accusations are, it’s starting to look like Ayton might not have been playing on the up-and-up according to a major development that unfolded in a New York City courtroom on Wednesday.

According to ESPN, federal prosecutors are pursuing a case against failed sports agent Chris Dawkins and former Nike employee Earl Code Jr., who are being tried on corruption and bribery charges concerning their involvement in a scheme to pay college basketball players—one of whom may have been Ayton.

During the trial, a piece of evidence was introduced in the form of a recording from a wiretapped phone call between Dawkins and former Arizona assistant Emanuel “Book” Richardson and, welp, it’s safe to say it’s not a great look for anyone involved—including Arizona coach Sean Miller, who allegedly paid Ayton $10,000 a month for his services:

RICHARDSON: “Sean’s got to get the fuck out of the way and let us work.”

DAWKINS: “We’ll see how Sean plays it out.”

RICHARDSON: “You know what he bought per month?”

DAWKINS:  “He’s putting up some real money for them…He told me he’s getting killed.”

RICHARDSON:  “But that’s his fault.”

Last year, reports surfaced that Miller talked with Dawkins about paying Ayton $100,000 to attend the school but he’s denied all allegations and continues to coach the team.

I guess we’ll see how long that lasts.