Seattle Storm Hit With Tampering Fine For Tampering With Their Own Player, Sue Bird 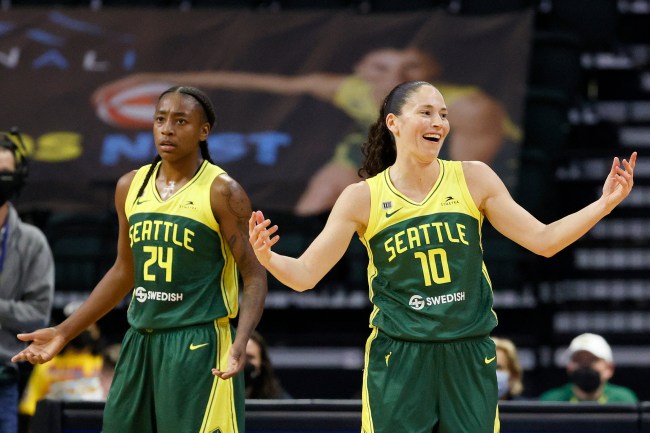 Who’d have thought the WNBA could handle tampering worse than NBA? We watched the NBA selectively apply their tampering rules to the Bulls and Heat this year while repeatedly ignoring tampering from the Lakers. Now, the WNBA has managed to outdo that ridiculousness by fining a team for tampering… with their own player.

Now it’s been reported that they’ve been hit with tampering fines for their Tweets.

AP source: @seattlestorm got fined for its tweets about @S10Bird coming back to play one more year in league. https://t.co/9XdJgIOcSK

According to the league’s collective bargaining agreement, those fines could be worth up to $300000 for a first-time offender.

I understand wanting to uphold your league’s rules, but this one just seems pointless. Sue Bird has spent her entire 18 year WNBA career with the Seattle Storm. When she decided to come back for year 19, she wasn’t going anywhere else.

The Storm likely won’t actually care much about the fine, though. They’ll just be glad to have Sue Bird back as they attempt to win their 5th title with her as a member of the team.

With Bird returning, they can turn their attention to the most important facet of their offseason. They need to re-sign star players Breanna Stewart next. She is the most coveted free agent in the WNBA and the key piece of their last two tittle runs.

If the Seattle Storm can follow up the Sue Bird news with a Breanna Stewart re-signing, they won’t be worrying much about tampering fines as they make another run at the top of the league.