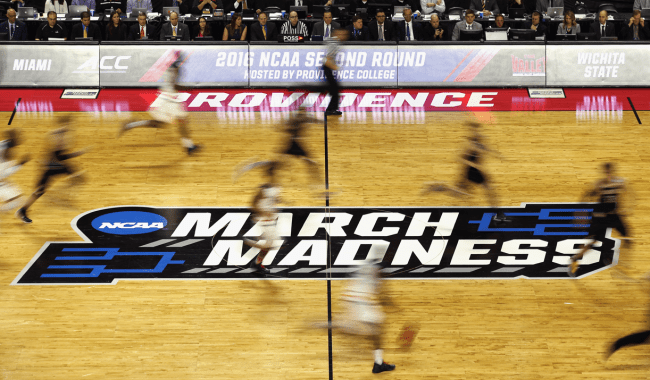 SEC Commissioner Greg Sankey says he wants the NCAA to take “a fresh look” at March Madness, how many teams get into the tournament, and how it’s structured.

In a new report by Sports Illustrated, Sankey says he is “not ready to make headlines” about the NCAA men’s basketball tournament, then proceeds to do just that by suggesting tweaks be made to one of the most popular sporting events in America.

Citing the NCAA Men’s College World Series, won by the University of Mississippi this year – the last team to make the field of 64 (and a SEC school), Sankey expressed a possible desire to expand March Madness.

Currently, 68 teams make the NCAA men’s basketball tournament with many smaller conferences only being given bids to their tournament champions.

Expansion, in the eyes of some mid-major and low-major schools, wouldn’t help them out.

Sankey, though, makes no mention of potentially taking away automatic bids. He’s aware that tinkering with one of the most popular formulas in college sports could lead to enormous backlash.

That backlash began the moment he suggested tinkering with the NCAA tournament.

“Yeah, let’s take the thing that is as close to perfect in sports as you can get, generally loved by everyone, and screw around with it,” one fan tweeted.

“The NCAA Tournament is perfect just the way it is. The best event in American sports. Classic SEC trying to mess with it,” commented another.

Those sentiments appear to be a running theme among college basketball fans.

He needs to leave the field alone. March Madness is a work of art. It is perfect the way it is. If it ain't broke ...

So what now. a 1 seed plays a 24 seed? This move is about expanding wealth not opportunities.

If it isn’t obvious you’re in the top 64 teams in basketball I don’t think you should be playing for the national title… football absolutely needs more teams in the playoff but basketball and baseball are perfect.