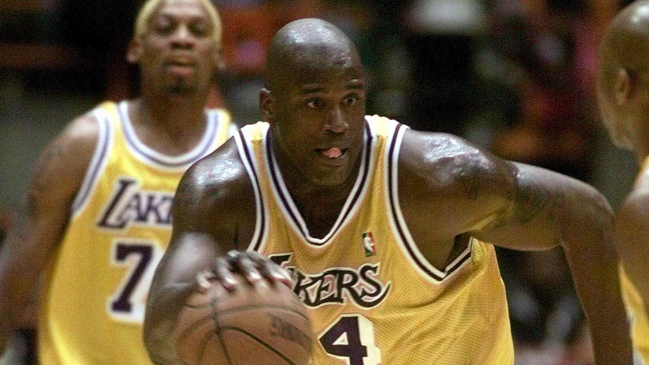 Dennis Rodman played an instrumental role in helping Michael Jordan and the Bulls take home their second threepeat in the 1990s after establishing himself as a defensive force to be reckoned with during his time on the Pistons, but almost everything the five-time NBA championship accomplished on the court was (and arguably still is) overshadowed by the wild life he lived off of it.

Rodman took an incredibly unlikely path to the league, as he recorded virtually no playing time as a member of his high school basketball team. However, he was the beneficiary of a growth spurt he experienced while working as a janitor at an airport after graduating that resulted in him getting the chance to play in college before attracting the attention of a Detriot team that scooped him up in the second round of the draft in 1986.

The rebound machine took full advantage of the opportunities that eventually presented themselves after he made a name for himself as a pro, and most teams, coaches, and players were able to overlook his many, many exploits—whether it involved taking a trip to Las Vegas in the middle of a playoff series or seizing the opportunity to get busy with Carmen Electra at Chicago’s practice facility—thanks to his uncanny ability to snag 13 boards even if he’d had the same number of drinks the night before.

Rodman’s time in the NBA came to an end with the Mavericks in 2000 a year after a 23-game stint with the Lakers where he played alongside Kobe Bryant, Shaquille O’Neal, and a collection of other players who would secure a threepeat of their own soon after he departed.

Shaq addressed his time playing alongside Rodman in Los Angeles during a recent episode of The Big Podcast, and while he had plenty of praise for his former teammate, it’s also pretty clear he wasn’t thrilled with what he brought to the locker room.

The legendary big man stressed he appreciated some of what Rodman was able to bring to the table, but he also came with plenty of baggage, saying:

“Worst teammate? Dennis Rodman. He was a great player, but he made it hard.

Like when you try to corral the guys together and the people above you are letting this one guy do whatever he wants—and rightfully so. We had to be there an hour before the game. He’d come in fifteen minutes before the game eating chicken and rice. While the coaches are talking, he would jump in the shower—cold shower—come and give you 15-20 rebounds.

Based on Rodman’s résumé, he did something right.