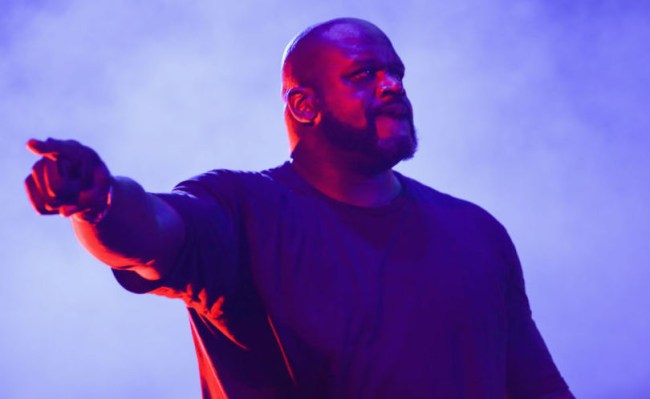 There aren’t many things sports fans enjoy more than getting into heated arguments where there is literally zero way to prove who’s actually right, which often come in the form of debates about which athletes who competed in different eras would’ve been considered the better player if they’d each had the chance to face off against each other in their prime.

There’s perhaps no discussion that has raged in barbershops over the past decade or so more than the one concerning whether Michael Jordan or LeBron James is more worthy of being dubbed the G.O.A.T. However, there are countless hypotheticals that routinely spark fierce back-and-forths online that routinely end in at least one person challenging the other person to fight them in real life as if managing to knock another dude out somehow proves that you were right all along.

Social media has made it easier than ever to engage in these war of words with both strangers on the internet and athletes like Kevin Durant who can’t stop themselves from entering the fray, but members of the sports media have a long and storied history of using more traditional platforms to trade verbal barbs with the people they cover for a living.

One of the more high-profile feuds to unfold in the past few years has been between Charles Barkley and Draymond Green, who hasn’t been shy about firing back at the wide variety of shade the Hall of Famer has thrown his way.

Now, the Warrior has managed to draw the attention of another member of the Inside the NBA crew in the form of Shaquille O’ Neal—who recently found himself trading diss tracks with Damian Lillard—thanks to comments he made during an appearance on All the Smoke (the relevant discussion starts at the 10:43 mark).

Green gave props to Shaq by saying he was his favorite player growing up, but earlier the interview, he dubbed himself one of the best—if not the best—screeners in the history of the NBA and went onto claim that he and Steph Curry “would’ve fucking destroyed” the Lakers big man when it comes to running a pick and roll (although he did admit he would’ve been dominated down low).

The interview—where Green also claimed the group of guys who made the Golden State dynasty possible is the best the league has ever seen— came to Shaq’s attention and he addressed them on a recent episode of The Big Contest, saying:

You have to listen to his points. He made good, key points. He said in their era. He didn’t say in my era … In my era, [the Warriors] would have been the six or seven seed. You had us, you had San Antonio, you had the Utah Jazz, you had Portland, you had White Chocolate and C-Webb.

It’s his opinion. I try not to get personal with people’s opinions. But however, Mr. Draymond, like you said, I would’ve torn your ass up on that block.”

There’s no telling if things will escalate from here, but considering how much entertainment Barkley’s beef with Green has provided us with, I sincerely hope they do.