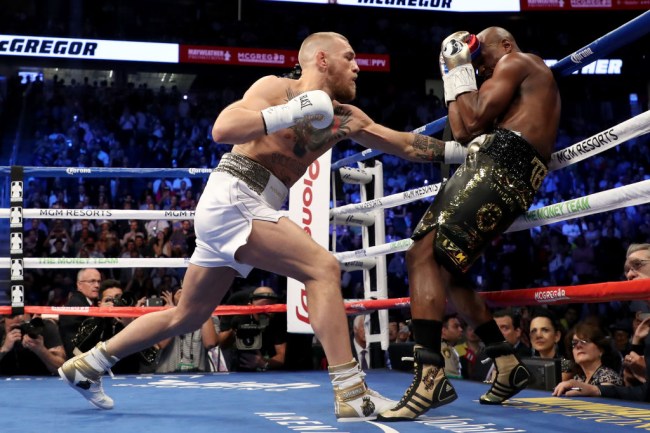 An estimated 3 million people tuned into an illegal stream of Saturday night’s fight between Floyd Mayweather and Conor McGregor, thanks in no small part to the technological nightmare that led to the main event being delayed. Some people who ordered the fight in HD were forced to watch it in standard definition (the horror!), while others were unable to view the bout at all.

According to The Hollywood Reporter, Showtime is now facing a class action lawsuit filed by an Oregon man who is obviously not pleased with how Saturday night panned out. Zack Bartel said his stream was plagued by  “grainy video, error screens, buffer events, and stalls,” and is seeking $200 in damages for each person who suffered a similar fate.

Attorney Michael Fuller went into a fair amount of detail in the complaint, saying:

“Instead of being upfront with consumers about its new, untested, underpowered service, defendant caused likelihood of confusion and misunderstanding as to the source and quality of the HD video consumers would see on fight night, Defendant intentionally misrepresented the quality and grade of video consumers would see using its app, and knowingly failed to disclose that its system was defective with respect to the amount of bandwidth available, and that defendant’s service would materially fail to conform to the quality of HD video defendant promised.”

Showtime wasn’t the only PPV provider to suffer technical difficulties during the fight. Thousands of fans— including Dick Vitale— flocked to Twitter to voice their displeasure and demand refunds after a number of platforms failed to handle the overwhelming amount of traffic that literally every single PPV provider should have anticipated.