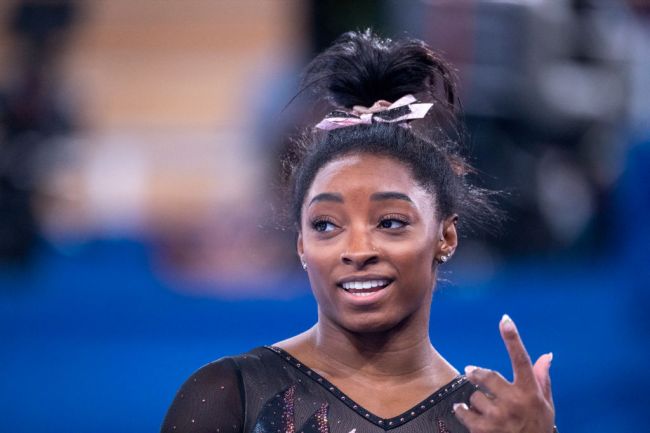 Simone Biles is set to be the American face of the Tokyo 2020 Olympic Games and we are all anticipating her greatness in competition. The 24-year-old gymnast is already considered the G.O.A.T. of her sport and took home five medals at the 2016 Games— four golds and a bronze.

Biles has been beaten in only one single day of competition over the last eight years and that came to her teammate Sunisa Lee during Olympic Trials. She’s going to put on a show.

On Thursday, during podium training, she gave us a glimpse at what to expect and landed her best Yurchenko double pike yet.

You won’t be able to watch it just once:

As a reminder, this vault stunt had never been attempted by a woman before Biles earlier this year. It is such a difficult maneuver that she was penalized for being too good.

The Yurchenko double pike has never been attempted in Olympic competition and international committees hope that other female athletes won’t try the trick. It is too dangerous for people not named Biles.

Biles threw down some of her other superhuman skills on the other three apparatuses. Her full training session is a joy to watch:

Biles went full-send on her double-double dismount off beam, her insane triple-double on floor and her double-layout half during the podium practice. Those three skills are already called “the Simone Biles” after her, and the Yurchenko double pike will be too if she lands it in Tokyo.

The expectation is that Biles will win all-around gold, if not sweep each of the events. Nobody can match her talent.