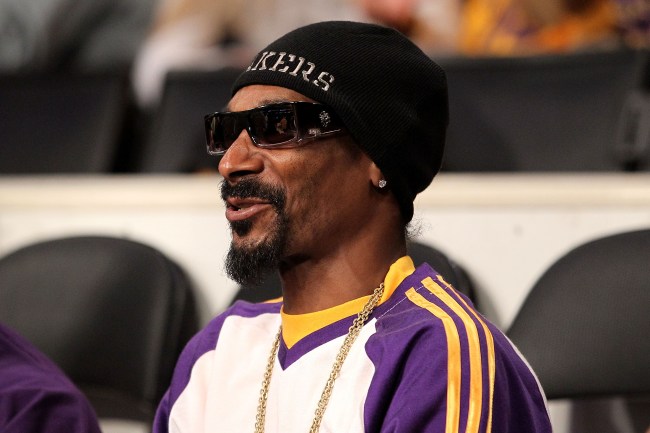 Snoop Dogg, one of the biggest Los Angeles Lakers fans on the planet, has had it with all the praise that other NBA, the Los Angeles Clippers, are getting these days. Sure, the Clips overcame a historic 31-point comeback in Game 2 of their NBA Playoffs matchup with the Golden State Warriors the other night, but it’s going to take more than that to impress the iconic rapper. In fact, in the wake of he Clippers getting absolutely demolished in Game 3 at home against the Dubs, losing by 27 points, Snoop Dogg is going fully in on ripping the “little brother” Clips a new one, posting a video on social media that annihilates the entire franchise.

In a video reposted on Bleacher Report’s Twitter, just take a listen and see the joy in Snoop Dogg’s face as he takes a big steamy dump on the Los Angeles Clippers. Fair warning, the video contains strong language and isn’t exactly safe for work, so you may want to plug in some headphones while watching.

It’s one thing to refer to the Clippers as the Lakers’ little brother, that’s something that’s generally been tossed around for years given the lack of success. But Snoop Dogg goes in hard AF by stomping on the team for not having any “banners or flags… nothing.” Man, the level of disrespect Snoop shows here is next level stuff, and it’s actually impressive that he gives so little f*cks about the Clippers.

While the Clips may be the one NBA team in Los Angeles that actually made the playoffs this year — and, reportedly, are a more intriguing destination for free agents this summer — Snoop Dogg doesn’t seem too worried about it right now. Sure, there was a moment when he was so pissed about his Lakers playing like dog poo that he was willing to give up his luxury box seats for just five bucks, but with the optimism that this summer may bring another superstar to the team to pair with LeBron James, Snoop Dogg’s happily just going to troll the Clippers until that day, hopefully, comes for him.