Report Claims NBA Players Are More Intrigued By Joining The Clippers Than The Lakers And, Dear Lord, Hell Is Freezing Over 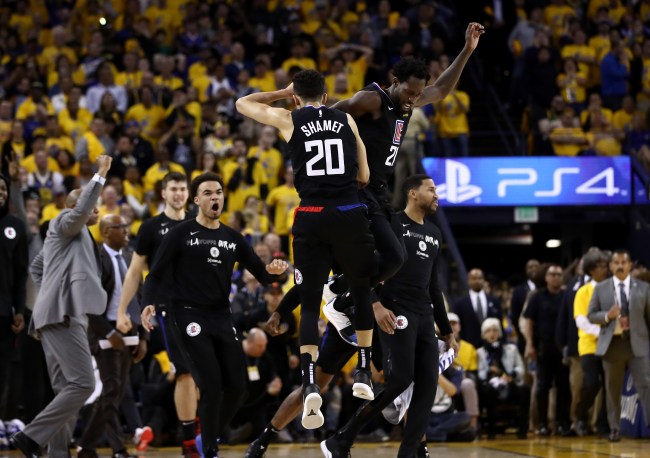 The Los Angeles Lakers’ dysfunction is well-documented at this point, with people around the NBA reportedly telling the team’s two top head coaching candidates, Monty Williams and Tyronn Lue, to stay away from the franchise because “it’s a mess,” the thoughts on general manager Rob Pelinka less than thrilling and the team’s best player, LeBron James, apparently causing more of a distraction than anything else. To think that the Lakers have fallen this far is both amusing and pathetic.

What’s even more sad is the latest report that just came out, though, because, per The Athletic‘s Jovan Buha, via Bleacher Report, that other NBA team in Los Angeles, the Clippers — you know, the one that actually made the NBA Playoffs this year — is apparently a more intriguing free agent destination than the Los Angeles Lakers. That’s got to burn a little bit for the Purple and Gold.

According to Buha’s piece on The Athletic, he talked with an NBA agent who offered up some details as to why the Clippers, not the Lakers, are a more desirable place right now. Here’s what the agent had to say.

“L.A. is a desired place of living—guys like to be there during the offseason. And they have stuff that sets them apart from like the Lakers: continuity, cohesiveness. They have an owner who will do whatever it takes that’s possible.

“They have a nice blend of young talent with guys who are role players and excelling and thriving in their roles. If you’re a star and you come in, they already have guys who know their roles. In other situations, you try to bring in role players and have to deal with role allocation and adjustments. I think any star would be a seamless fit with the Clippers.”

Given the fact the current state of the Los Angeles Lakers is, well, still in shambles, this makes a lot of sense. Still, that things have fallen this far has to feel atrocious to fans and anyone associated with the proud franchise. The Clippers have always been the “little brother” and the butt of the jokes because of their irrelevance over the years, but it doesn’t seem to be that way anymore.

As for the Clippers, they head into Game 3 of the NBA Playoffs tied with the two-time defending champion Golden State Warriors tied 1-1 in the best-of-seven series, proving that they, in fact, have the necessary pieces to compete with anyone in the league. They famously overcame a 31-point deficit in Game 2 — the largest in NBA Playoff history — and don’t seem to be scared of the big, bad Warriors.

With rumors already swirling about Kawhi Leonard allegedly interested in both the Clippers and Lakers, the L.A. summer’s got a ton of intrigue for both franchises; which isn’t something most hoops fans are used to in SoCal. Could the Los Angeles Lakers miss out on the superstar it craves to pair with LeBron James to its city rivals? Possibly. And with the Clippers showing two key free agents just how talented they are firsthand — Kevin Durant and Klay Thompson — they could just prove to be the better option of the two L.A. teams for superstars this offseason.