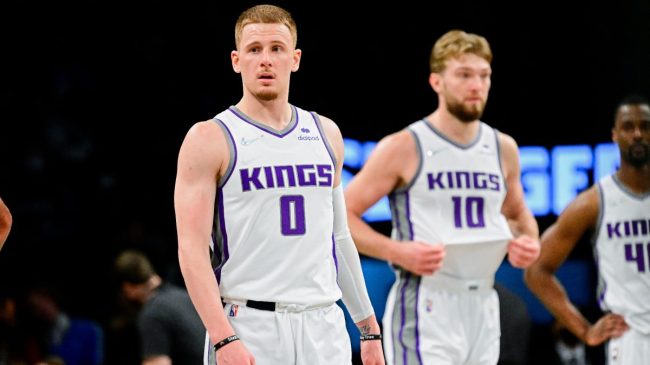 The Sacramento Kings are taking a little heat from fans on social media Wednesday afternoon.

The team posted an inadvertently suggestive tweet that has the Twitter-verse reacting. The seemingly innocent post was about guard Donte Divincenzo’s ability to defend.

Unfortunately, the wording took a few followers’ minds to the gutters, which led to a hilarious response.

The tweet read, “Can’t spell Donte Divincenzo without the D.” It was accompanied by a video of Divincenzo’s defensive efforts throughout the 2021 season. While the post was not meant to be taken in jest, many immediately thought of the same joke

As you can imagine with a few of the, let’s say, less mature fans ran with the caption. Check out the hilarious reaction below.

Many fans were caught off guard by the caption, with the tweet taking them down the wrong path. Fans instantly began posting their reactions. The response is pretty funny.

Others wrote their own hilarious rebuttals to the post.

Wording matters, and in this case, it came back to bite the Kings social media team. While the post brought fans a moment of hilarity, Divincenzo’s skills on defense are noted.

The guard has recorded a 1.0 Defensive Plus/Minus over his first four seasons in the league. Next time, though, Sacramento might look for a different way to express that defensive prowess.