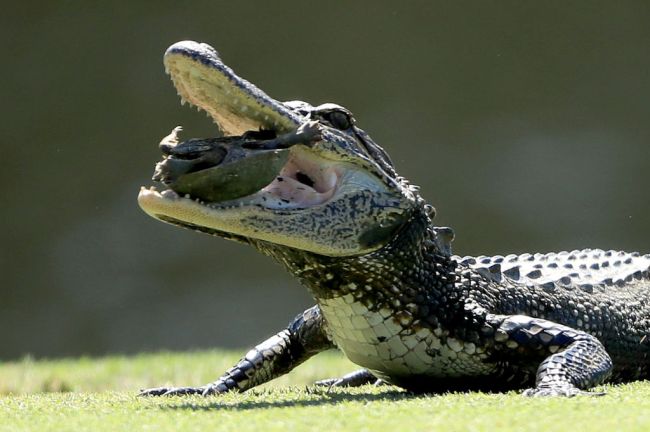 A hunter in South Carolina recently captured a colossal alligator and solved the mystery of several dog disappearances from the past three decades. Ned McNeely caught a 12-foot, 445-pound gator while hunting private land on April 8th and brought it back to Cordray’s Butcher Shop just outside of Charleston to be cleaned and taxidermied. Standard procedure doesn’t typically involve opening up the stomach, but with a reptile of this size, the shop was curious as to what he was munching on.

Much to their surprise, they found a variety of things, including a bullet jacket, a spark plug from a car, bobcat claws and turtle shells. However, one discovery stood out in particular. Inside the big fella’s stomach were five separate dog tags.

Two of the tags were legible, so naturally they called up the owners. Only one of the numbers still works, but the owner said that his deer dogs went missing on a hunting trip almost 25 (!!) years ago. The average lifespan of an alligator is 30-50 years, so this massive boy was either at the tail-end of his time on earth, or he got ahold of the hunting dogs when he was still a young lad. Either way— that’s startling. Deer dogs are not chihuahuas or dachshunds, they’re at least knee-sized pups. This gator ate ’em up, along with some bobcats, like it was no big deal.

These animals are literally dinosaurs and this gargantuan gator’s stomach contents not only provided an interesting look into a predator that has not evolved in millions of years, but also provided closure for a man who had his dogs disappear. Again, it’s not common to open up a stomach, so this unlikely occurance is pretty remarkable and totally terrifying.