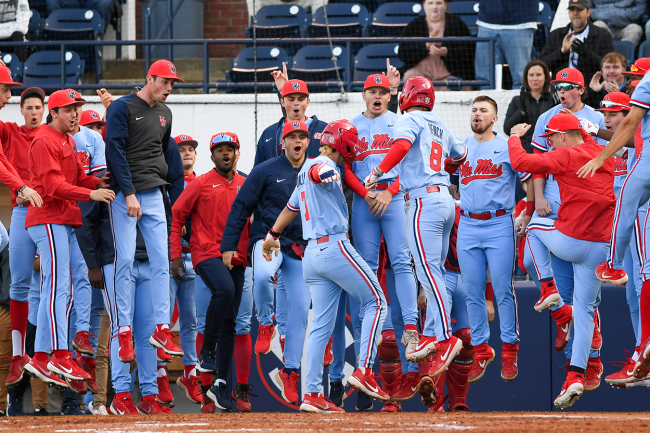 Ole Miss baseball was the last team to get “in” to the NCAA baseball tournament. The Rebels, who sat firmly on the bubble after a disappointing middle of the season and strong end-of-year push, were the 64th team to make the postseason.

And now they’re in the College World Series final.

As the three-seed in the Coral Gables Regional, Ole Miss tore through Miami and Arizona before shutting out Southern Miss in the Hattiesburg Super Regional to earn a trip to Omaha. After arriving in Nebraska, the Rebels won their first two games by a combined score of 18-6.

They lost their third game to the Arkansas Razorbacks after failing to convert on a bases-loaded situation in the bottom of the ninth, but stormed back on Thursday afternoon to beat the Hogs again. Their ace threw a complete-game shutout and the team punched its ticket to the best-of-three College World Series final.

SHUTOUT. TO THE FINALS Y'ALL! pic.twitter.com/wnt2e1LYTR

As the 64th of 64 teams to earn a regional bid, Ole Miss baseball is set to play Oklahoma on Saturday, Sunday and Monday (if necessary) for a national title.

They let the Rebs get hot and that juice has led them to their first final appearance— ever.

It also extends an impressive streak for the Southeastern Conference. Although the Pac-12 has five more college baseball national championships, it has been all SEC in recent history.

With Ole Miss (or Arkansas, if they had won) reaching the final, it marks the 13th appearance by an SEC team in the last 14 College World Series finals.

And the SEC wants to establish that dominance and let everyone know with a very loud billboard.