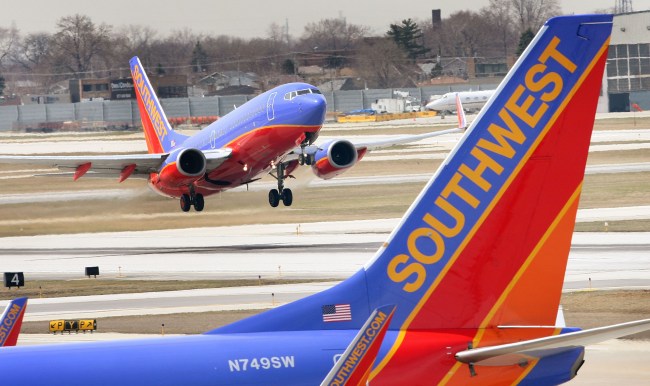 In 1976, the yacht rock pioneers behind the music of Steely Dan released The Royal Scam, a title that referred to the false promise of the American Dream that is also the perfect way to describe the WiFii available for purchase on most commercial flights. If you’ve ever dropped $10 for an hour on internet access, you know exactly how useless it can be, with something as seemingly simple as watching a YouTube video reminding you like it was like to when AOL was the world’s most popular internet provider.

According to The AV Club, Southwest Airlines passenger and Xavier fan Renée Stoeckle learned this the hard way when he decided to buy WiFi access over the weekend with the intent of watching her alma mater’s game against Florida State. Unfortunately, she was unable to stream the contest and did what most people these days do when they’re slightly inconvenienced: complain about it on Twitter.

Paid $8 for wifi on @SouthwestAir and it isn't strong enough to stream March Madness 😫😫 Hold down the fort for me, @XavierMBB …

Thankfully, a customer service rep named Mike came to her rescue, and she decided to shoot her shot and see if he could keep her updated over the course of the second half.

Thanks, Mike. Any chance you can live tweet the second half for me?

Mike was kind enough to send out over a dozen posts to keep Stoeckle in the loop, and was forced to break the bad news when the Seminoles ultimately prevailed by a score of 75-70 after a wild ride in the last couple of minutes.

I guess the real lesson here is that if you’re relying on air travel during March Madness, it might be worth looking into flying Jet Blue.