In this episode of ‘Put You On’ by Whistle, former Chicago Bears defensive Tackle Spice Adams (Anthony “Spice” Adams) takes us on a tour of his local spots in Chicagoland. This includes a stop at what he believes is the single best deep-dish pizza on the planet. He also hits up the original ‘Uh Ha Ha’ Meme Barbershop which is a fun side quest. Just hit play on that video above to check it out!

My dad’s side of the family is all from the Midwest, but I’m not. I was born and raised in Florida but because everyone on that side of the family came from Illinois I grew up with a LOT of Midwestern traditions and dishes at the dinner table.

We never made deep-dish pizza at home but we’d all get together a few times a year at the local spot on the Sundays we weren’t eating at grandma’s house. So I grew up with a taste for it but never had that real Chicago and Chicagoland experience until adulthood when I started visiting friends in the area. And I’ve made it my mission to try all of the best deep-dish pizzas in the land at some point or another.

I think it also deserves to be mentioned that people who grew up outside of the Midwest, myself included, generally don’t have a clue what ‘Chicagoland’ encompasses. There was a time in my life when I thought ‘Chicagoland’ was an actual city/county.

So, Spice Adams calling out Pequod Pizzeria as the best deep-dish pizza around. It’s not exactly a controversial choice. If you Google ‘Chicago deep dish pizza rankings’ you’ll find articles from Eater, TimeOut, and others. Eater currently has Pequod’s ranked 6th overall and TimeOut has Pequod’s in the #1 spot.

People go nuts for their signature “halo” caramelized crust from sprinkled cheese around the edges while baking. Frankly, it’s unclear to me why every deep-dish pizzeria doesn’t do this. It’s a no-brainer. That crust is perfection. Spice Adams agrees.

There are two Pequod’s locations soo if you’re ever in Chicago or Chicagoland you should be able to make it to at least one of their spots.

And if you enjoyed this episode of ‘Put You On’ by Whistle with Spice Adams be sure to hit the ‘subscribe’ button on their YouTube channel. And here are some recent videos featured here on BroBible I think you’ll enjoy: 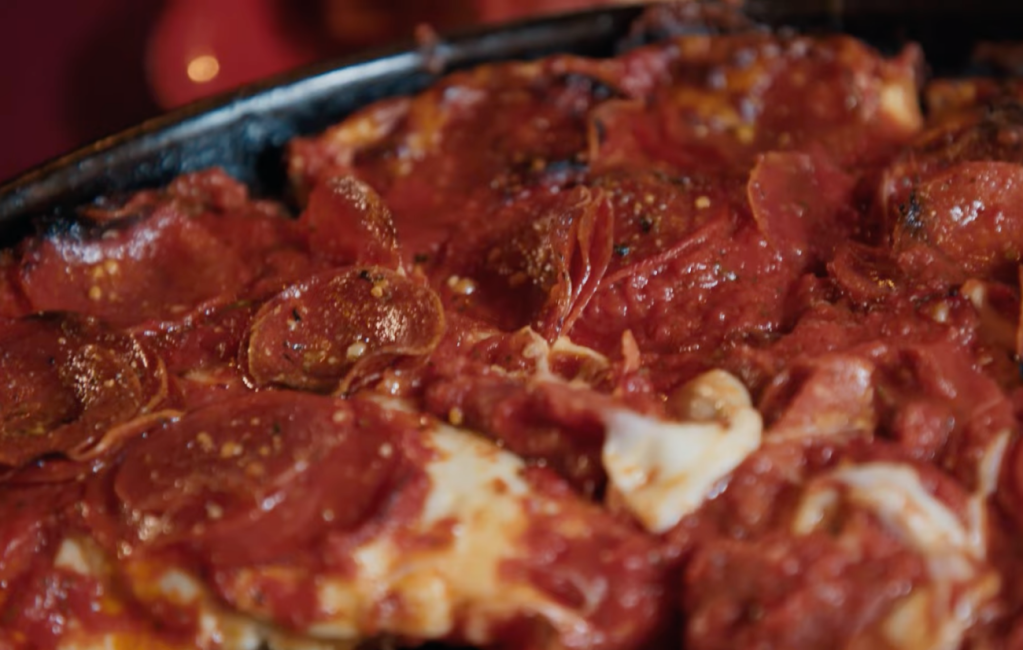