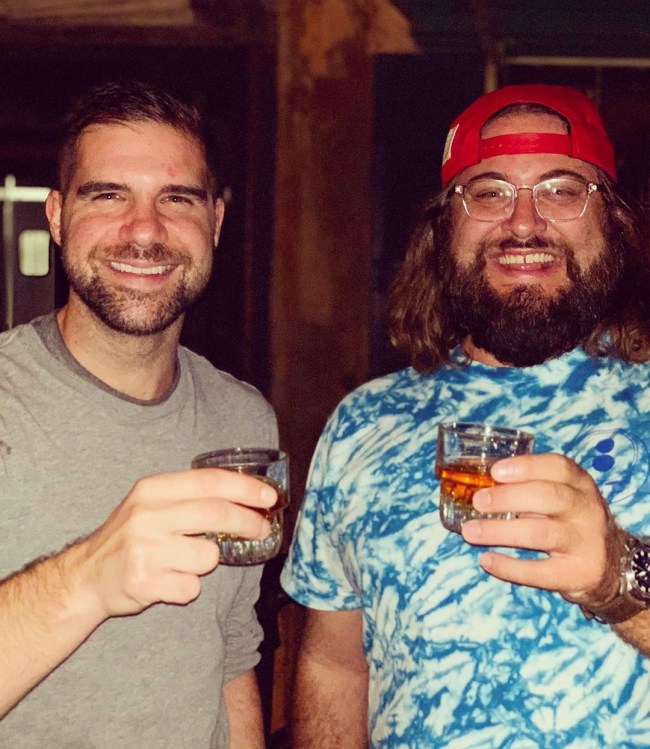 Being a good sports gambler has to be fun, man. For years, I’ve tried my luck. And, for years, I’ve failed miserably at winning much (if any) money at all. It’s pretty pathetic, especially as somebody who has been called a “sports encyclopedia” by friends because of my mindless knowledge of sports. It’s actually sad AF when I think about it.

I’ve heard stories of buddies winning thousands of dollars on a $20 bet, or how they’ve taken home hundreds of bucks by being one of those lucky bastards in daily fantasy contests. Somehow, they’ve got the good sports gambler gene. Not me.

You see that smiling face up there in that photo toasting to something great? Well, you can bet your ass that it wasn’t for winning anything after gambling on sports. It never has. And, until I get some help from some of you guys, it probably never will.

But I’m holding out hope that this is the NFL season that it all changes.

After reading that story from my colleague Connor Toole about the sports gambler who could win an insane $1.2 million should the Cincinnati Bengals defy the odds and (somehow) finish with the AFC’s top seed this upcoming season, it got me thinking: Maybe I take suggestions from you guys on who to risk some cash on. Clearly my old way hasn’t been working.

Look, I’m a lifelong Cleveland Browns fan — yeah, I actually choose this dysfunction year in and year out — so, seeing as how they let me down every single year, it’s time to change shit up. You know what they say, right? Fool me once, shame on you. Fool me twice, shame on me. Well, I’ve been fooled for the past, oh, 20 years, so it’s time to start gambling on another NFL team this year.

I’m open for business, fellas, so here are three teams I’m seriously considering throwing some money on, based off of BetMGM‘s current NFL betting odds on a team’s total wins this season. But you need to let me know: Smart, or nah, based off of my confidence level for each.

If there’s one team that an ambitious sports gambler like myself wants to latch onto this upcoming NFL season, it’s the Green Bay Packers. Here are three simple reasons why.

Sure, the Packers have a tough schedule outside of the division — which include road games against New Orleans, Tampa Bay, Houston and San Francisco — but this team has a serious chance at winning the Super Bowl, so those aren’t daunting to a veteran group with big aspirations. Plus, lest we forget that Green Bay did finish 13-3 last year, so repeating that performance shouldn’t come as a total surprise, even with the tough schedule.

While I’m not willing to bet the farm on this happening, I’m cool throwing about $75 on it, with hopes of cashing out with $1,575.

I hate to admit it, but I’m fully enamored with Minshew Mania, guys. The second-year quarterback, who sports one helluva mustache and once got shitcanned and tried breaking his own hand, just seems to have the goods to get the Jacksonville Jaguars to at least nine wins this NFL season.

Look, the AFC South is absolutely there for the taking, with the Houston Texans being the only team that really stands out as a scary threat. The Tennessee Titans? Uh, sorry, I’m not buying into a repeat effort of last season’s run to the AFC Championship Game. Nor do I think the Indianapolis Colts really scare me with 38-year-old Philip Rivers coming in to rejuvenate the franchise.

That means Gardner Minshew and the Jags have a legit chance to win four games in the division and then beat up on a couple other middle of the road teams, based off their strength of schedule.

Excuse my lack of optimism in any franchise run by Adam Gase — who has singlehandedly turned the New York Jets into even more of a shitshow than they were before he got there in 2019. While the J-E-T-S did overachieve last year and ended the season with seven wins, despite lots of injuries and their second-year quarterback, Sam Darnold, missing time because of mono, I’ve got little faith they can do it again.

For that reason, I’m all for dropping a cool $75 on the Jets to finish with one of the worst records this NFL season, meaning, at the current BetMGM odds, a nice little payout of $468.75 could be in my future.

If you’re a sports gambler hoping to get lucky and win some cash this NFL season, you can get in on the action by signing up with BetMGM now. Hey, I may be God awful, but, who knows, maybe you’ve got what it takes to bring home the bacon — because there’s no way in hell you can be worse than me.