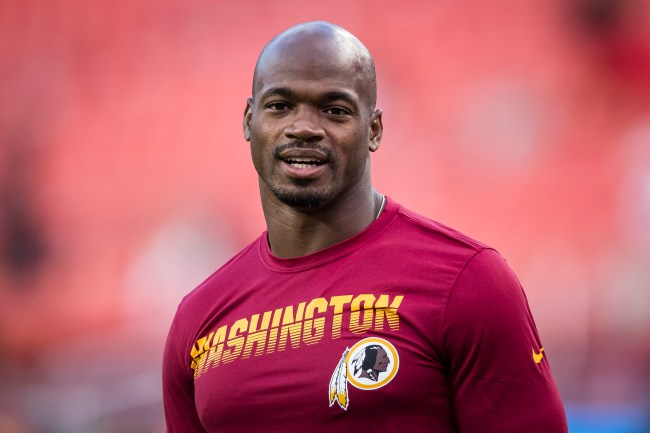 I’ve usually got zero interest in a sports gambler that doesn’t impact my bank account, but I’m saying a little prayer for this person who could win just about $500,000 if the Washington Redskins beat the Chicago Bears on Monday Night Football tonight. Why? Because it just sounds like a pretty awesome story when you see the full details of the wild bet.

According to B/R Betting, via Reddit, some sports gambler decided to place a meager $0.89 on a 20-game parlay, mixing games from college football with a few on the NFL slate. With nothing to lose, this person suddenly finds themselves just a game away from actually hitting the damn thing, with tonight’s Monday Night Football game being the lone contest left till this bettor either becomes mega rich, or is out the price of a hamburger from McDonald’s. Take a look at the games below that the sports gambler has already accurately guessed.

With the Redskins at home and desperate for its first victory of the season, the sports gambler has a good chance at coming away with the big win. After all, the Bears haven’t exactly been the Chiefs or Patriots, two teams who have been dominating opponents by lighting up the scoreboard. So fingers crossed this person can pull off the victory — which is sure to cause some sweat-inducing moments.

Given the crappiness of the NFL refs the first couple of weeks, here’s to hoping the zebras don’t blow the game for either team, but, more so, that they don’t make a call that costs this sports gambler about half a million bucks. Wouldn’t that be the absolute worst way to go out?

Anyway, we’ve seen some crazy sports bets before, but seeing as how this person can win so much for gambling so little makes it both unique and as wild as any before. C’mon, Skins, go get that dub for this person.