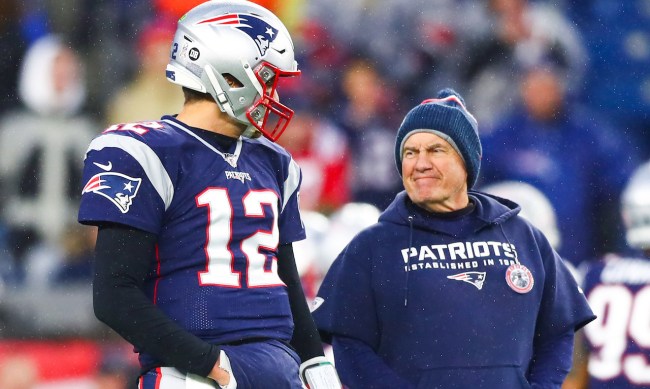 As Rust Cohle once said, “time is a flat circle”, and nothing serves as a better reminder of that fact than the New England Patriots being embroiled in some sort of cheating controversy every few years.

Seemingly like clockwork, the New England Patriots find ways to bend and sometimes break the rules of the National Football League in their favor, and usually, they get caught.

Whether it be video-taping sidelines or deflating footballs or scrambling opponents’ headset communications or bugging locker rooms, the six-time Super Bowl champions just seem to be caught in some sort of cheating controversy more often than any other team in the league. And after a while, coincidence gets thrown out the window and the pattern of foul play just becomes an indictment of who you are: cheaters. The New England Patriots are habitual cheaters.

So, when news broke a couple of weeks ago that the Patriots were videotaping the sidelines of the ONE WIN Cincinnatti Bengals, was anyone surprised? Of course not! This is the Patriots and this is what they do.

Luckily, though, as they have in the past, it appears that the Patriots have been caught red-handed and will be hopefully punished as a result. However, that punishment is going to take some time, as Pro Football Talk reports that the league’s investigation into this latest Patriots scandal — dubbed “Spygate 2” — is “closer to the beginning than the end.”

Per multiple sources, the investigation regarding the events that resulted in a Patriots videographer taping Cincinnati’s sideline last weekend in Cleveland has yet to get rolling. As one source put it, the league office will turn its attention to the matter on Monday and Tuesday.

One key question clearly will be — especially in light of the statement issued by the team’s video producer on Sunday night — whether and to what extent electronic evidence shows any connection between the video crew and football operations. Patriots coach Bill Belichick loudly has denied any such link. The league must confirm or debunk that claim in order to determine whether the incident was an accident or whether the claim of an accident was cover for intent. [Pro Football Talk]

While the Patriots are once again bound for the postseason — in fact, they’re headed to the playoffs for a record-setting 11th straight season — they’ve yet to wrap up the AFC East, as the Buffalo Bills are just one game back.

However, with the investigation into their alleged foul play still pending, the Patriots could find themselves distracted as they head into the business end of the season.