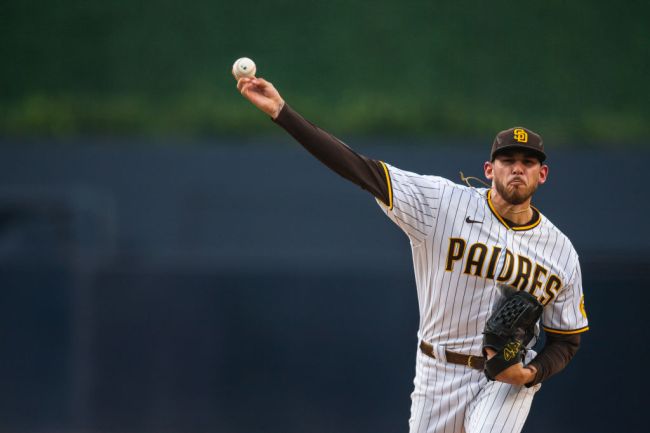 It seems the starting pitchers for yesterday’s game between the Colorado Rockies and San Diego Padres were as bored as everybody else watching the game. During the game, Joe Musgrove drew a tic-tac-toe board on the mound to play a game against the Rockies’ Chad Kuhl when each man took the mound.

The matchup on the board between Musgrove and Kuhl would end in a draw thanks to Joe Musgrove’s questionable strategy, but the actual baseball game wasn’t nearly as competitive.

Musgrove pitched yet another gem, allowing no earned runs and striking out 8 in 6 innings. Meanwhile, Kuhl gave up 5 earned runs in 4 1/3 and the Rockies got blown out in San Diego by a score of 9-0.

Musgrove’s record improved to 7-0 as he continued his impressive start to the season, which has seen him put up an MLB-leading 1.50 ERA.

Musgrove and Kuhl have clearly maintained some camaraderie from their time together in Pittsburgh. Kuhl began his career in Pittsburgh back in 2016 and stayed with the Pirates until he joined the Rockies for this season. Musgrove was traded to the Pirates in the deal that sent Gerrit Cole to the Astros in 2018.

He pitched for the Pirates until he was traded to the Padres before the start of last season. Since that trade, he has been dominant for the Padres, posting a 3.18 ERA and striking out 203 batters in 181 1/3 innings last season. He even also threw a no-hitter during that season.

It seems whatever Musgrove has been doing to perform so well for the Padres has distracted him from doing the things necessary to keep his tic-tac-toe game sharp.