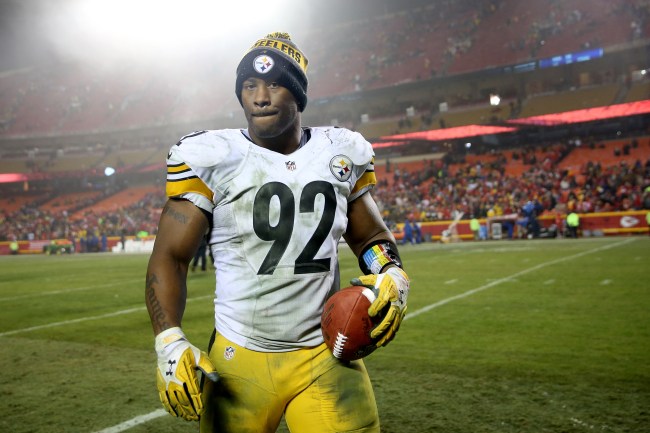 Reporter: What are your thoughts on his [James Harrison] career?

Reporter 2: Will James Harrison provide intelligence that might help the Patriots?

Bill Belichick: We’re playing the Jets this week. Don’t know what that has to do with it. Maybe I’m missing something. I don’t know.

Reporter 3: Was it important to meet him yesterday and get to know him a bit?

Billy B couldn’t have been more nonchalant about one of the most unlikely signings in professional sports since Kevin Durant joined the Warriors after blowing a 3-1 lead against the same team. Granted, you could make the case that the KD trade was a bit more cold-hearted seeing as OKC desperately wanted him to stay, whereas the Steelers cut one of its all-time greatest players right before the playoffs.

Regardless, Patriots signed a man who back in 2011 said “I hate those motherfuckers.” Who once called Patriots great Rodney Harrison a “steroid cheater” and Teddy Bruschi “straight-up simple.” Who once accused the Patriots of stealing the Steelers signs in the 2004 AFC title game and urged Roger Goodell to rescind their Super Bowls. The Patriots signed the Steelers all-time sack leader for a measly $59,000. Cut or not, that has to eat at Steelers fans, especially since we’re less than two weeks removed from a heartbreakingly controversial loss to the Pats at home.

So, lets let the jersey defacing of a two-time Super Bowl champion begin!

Steelers fans are reacting completely normal to the news of James Harrison signing with the New England Pat…aaaannnddd they are burning his jersey! pic.twitter.com/4FgntZGqv5

steelers fans when james harrison signs with the patriots pic.twitter.com/1qKlzRBi94

Steelers fans trying to explain how James Harrison is a snake even though the Steelers cut him pic.twitter.com/Q7vjum6Tzy

Tom Brady: the best way to train is to hydrate and do lots of plyometrics.
James Harrison: Hold on for a sec. I’m busy. pic.twitter.com/73CEhh3OtG

The AFC Championship has the potential to be a blood bath.

This guy, however, did it with tact: