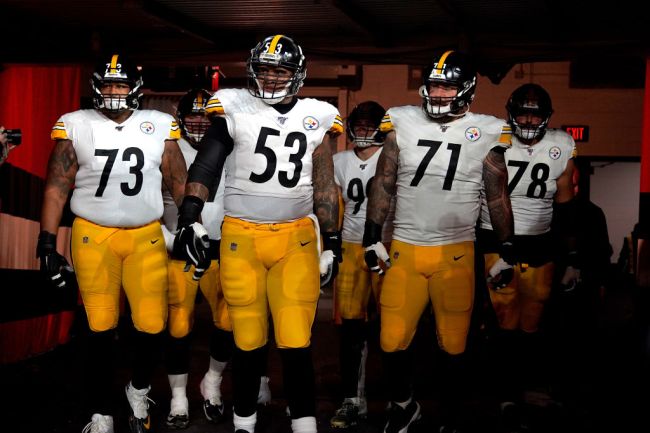 Rose, an unarmed 17-year-old African-American, was shot and killed by East Pittsburgh Police in 2018.

The Steelers’ described Roses’ death in a team statement:

“On the night of June 19, 2018, the car Antwon Rose Jr., who is black, was a passenger in was pulled over by the East Pittsburgh Police. While the driver was being handcuffed on suspicion of being involved in an incident that happened earlier that evening, a frightened Rose fled from the car. The cell phone video a bystander captured showed Rose running, and then you could hear gunshots and see as he was fatally shot in the back three times by a white East Pittsburgh Police Officer.”

The incident mentioned in the Steelers’ statement was a drive-by shooting. Officer Michael Rosfeld was the officer that ran after Rose and shot him three times and was charged with criminal homicide but was later acquitted of all charges. According to police, an empty magazine was found in Rose’s pocket that matched the 9mm pistol found in the car used in the drive-by shooting.

Rose’s family reached a $2 million settlement in a federal civil right lawsuit against East Pittsburgh and Rosfeld in 2019.

Steelers captain Maurkice Pouncey, who has spent his entire career in Pittsburgh, explained in an Instagram post on Thursday that he didn’t know the whole story about Rose while also stating he would be making his own decision about what he’ll be wearing on the back of his helmet.

“I was given limited information on the situation regarding Antwon, and I was unaware of the whole story surrounding his death and what transpired during the trial following the tragedy. I should have done more research to fully understand what occurred in its entirety.

My work with the police, both in Pittsburgh and back home in Florida, is well documented. I don’t always feel the need to highlight what I do with the police departments, but I also want to make sure they understand I inadvertently supported a cause of which I did not fully comprehend the entire background of the case.”

Pouncey continued, “Moving forward, I will make my own decision about what to wear on the back of my helmet.”

Pouncey is now the second Steeler to stray away from the team’s decision to all wear Rose’s name on their helmets. Offensive lineman Al Villanueva, a former Army Ranger who served three tours in Afghanistan, wore the name of Army Sgt. 1st Class Alwyn Cashe during Monday night’s game against the Giants. Cashe was a black soldier who was killed on duty in Iraq and awarded the Silver Star for heroism.