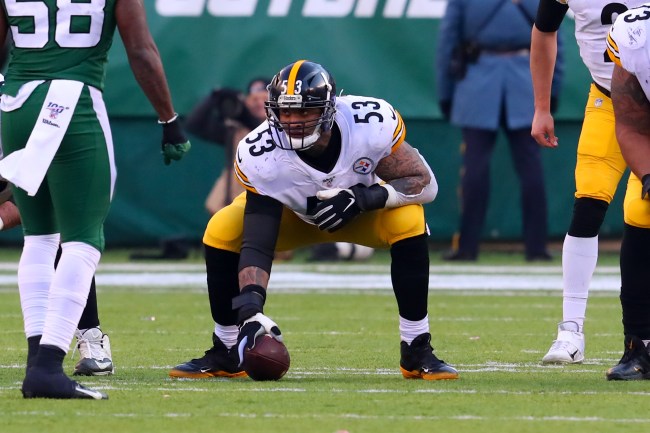 During Sunday afternoon’s Steelers-Broncos game, Steelers captain Maurkice Pouncey honored slain police officer Eric Kelly on the back of his helmet. Kelly was one of the three police officers killed in the 2009 Stanton Heights shooting.

After indicating he would reconsider honoring Antwon Rose Jr. as a helmet tribute, Pittsburgh Steelers center and offensive captain Maurkice Pouncey chose the name of a fallen police officer to wear on the back of his helmet Sunday against the Denver Broncos.

Pouncey had the name of Eric Kelly, one of three Pittsburgh police officers slain in the April 2009 shooting in Stanton Heights, on his helmet.

In the 2009 Stanton Heights standoff, officers Paul Sciullo and Stephen Mayhle were killed after responding to a domestic disturbance call. Kelly was on his way home after an overnight shift when he heard the call for backup. Kelly, who was Black, was shot and killed while trying to provide aid to the two fallen officers.

Earlier this week, Pouncey was vocal about his opposition of the team’s support of Antwon Rose Jr.

Steelers center and captain Maurkice Pouncey says on Instagram he was given “limited information” on the Antwon Rose II case and from here on out will “make my own decision about what to wear on the back of my helmet.” pic.twitter.com/OXBm9soJf7