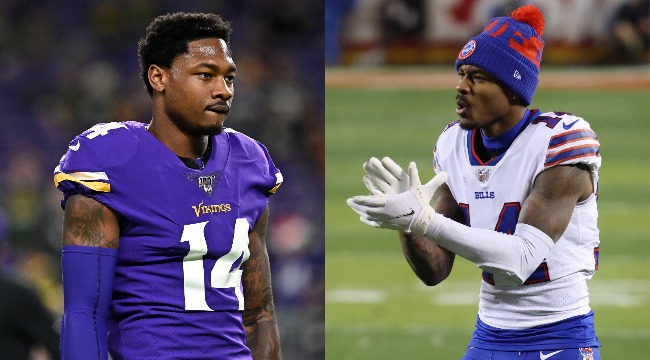 Welcome to the modern era, folks. When 30 keystrokes can send you to the back of the unemployment line or, if you’re lucky, 930 miles away to Buffalo, New York. And to think, Marino spent 16 seasons in Miami and won a total of eight playoff games when he could have tried his luck literally anywhere else if only he was born 20 years later.

it’s time for a new beginning.

Buffalo GM Brandon Beane confirmed this on The Cris Collinsworth Podcast, claiming that the March 16th tweet ignited the Bills front office to put out the feelers. Less than six hours later, one of the best receivers in the game had been repurposed to Buffalo.

“Stef put a tweet out there,” Beane said. “So we checked with the Vikings, and at that point, it was a different conversation. It wasn’t ‘hell no,’ it was ‘we’re not shopping him, but you know, if you really want him, what would it be?’ That conversation started around four o’clock … around 9:30, 9:45 that night, we got it done.”

The trade proved to be a solid business decision for Stef and the Bills. This past season, Diggs tallied 127 receptions and 1,535 yards, both marks leading the NFL, and recorded two 100+ yard games in the playoffs en route to the Bills most successful season in 25 years.

Everything big starts with something small.