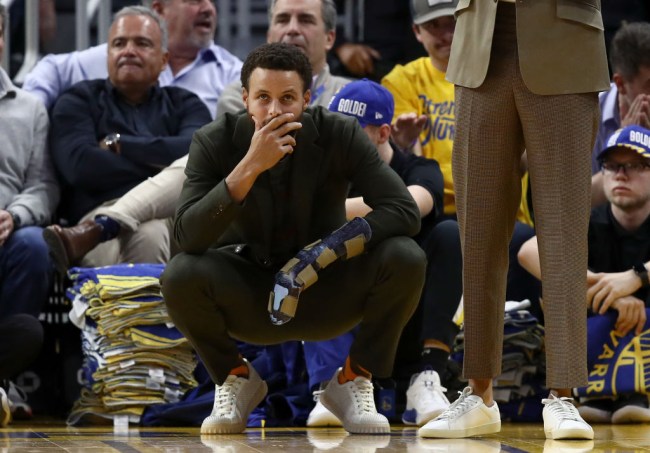 The Golden State Warriors entered the NBA Finals last year as one of the best teams in the NBA but suffered a number of casualties during the six-game series against the Raptors, as the team lost both Kevin Durant and Klay Thompson to devastating injuries and was unable to secure its third straight championship as a result.

The franchise had already begun to brace itself for the departure of Durant heading into the playoffs, as it wasn’t exactly a secret that he wasn’t thrilled with his situation in the Bay Area and it consequently didn’t come as too much of a surprise when he ultimately decided to take his talents to Brooklyn after entering free agency.

When his departure was coupled with Thompson being sidelined, the Warriors entered this season facing a sizeable uphill battle and the onus largely fell on Steph Curry to put the team on his back.

However, the year got off to an absolutely atrocious start and disaster struck yet again at the end of October when Curry suffered a broken hand after the large frame of Aron Baynes landed directly on it following a collision.

At the time, owner Joe Lacob dismissed the idea that the Warriors would try to tank, but given the talent (or lack thereof) they’re working with, they haven’t had to exert much effort to firmly become the worst team in the NBA at the moment thanks to their 12-47 record.

When Curry was first injured, doctors estimated he’d need at least three months before he’d be able to play again, and while it’s taken a bit longer than that, reports began to swirl earlier this week that he’s preparing to return for Sunday’s game against the Wizards and Lacob has maintained he’ll be coming back regardless of what their record is.

I may lack the money and the expertise required to own an NBA team but even I know that’s an objectively stupid decision and one that is especially moronic based on a recent report from Kerith Burke, who says Curry’s trainer Brandon Payne told her the guard’s hand likely won’t be fully healed until next season.

Brandon Payne, Steph Curry’s trainer, told our @NBCSAuthentic that Steph is still working through the nerve issue. Not all the way back to where he wants it to be, but improving. Doctors said it could take up to a year.

Look, I understand why you’d want to play the “This team is focused on winning no matter what the circumstances are” card in order to help with attendance and avoid the wrath of the NBA for purposefully losing games but CURRY’S TRAINER JUST GAVE YOU THE EXCUSE YOU NEED to help ensure you’ll have the best chance of getting the top pick in the draft.

I thought people in the Silicon Valley area were supposed to be smart but I guess I was wrong.