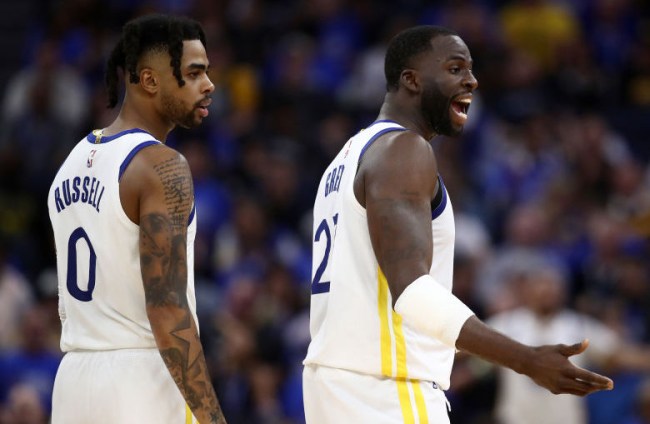 No one really knew exactly what to expect from the Golden State Warriors heading into this season, as the team lost Kevin Durant to free agency and saw Klay Thompsom succumb to a knee injury during last year’s NBA Finals that will likely keep him sidelined for the entire year.

So how have things gone so far? Not great!

The Warriors got blown out in the first game of the season and Steve Kerr warned the world it was likely a sign of what was to come, and a couple of days later, Draymond Green didn’t mince words when he admitted the Warriors “fucking suck.”

NBA fans have taken great joy in mocking Golden State and even Green’s own mom decided to get in on the action, which tells you basically all you need to know.

Earlier this week, the Warriors suffered yet another setback after Steph Curry broke his hand courtesy of Aron Baynes and will reportedly be out for three months.

The Warriors now have to rely on Green, D’Angelo Russell, and an underwhelming supporting cast if they want to salvage the season, which seems like a daunting task as things currently stand.

It would be a bit absurd to suggest the team should purposefully tank considering we’re less than five games into the year, but Warriors owner Joe Lacob decided to nip any speculation in the bud when the topic recently arose, telling ESPN:

“It is against every single thing I and we stand for. We will fight like hell. Develop our young guys. Learn to win.

You don’t get better by trying to lose. Our entire organization is about winning. And we will win. Some bumps in the road, perhaps. But we will never accept losing.”

It’s certainly an admirable stance, but when you consider how things are currently shaping up, the Warrior might not have to try very hard to end up getting a lottery pick.