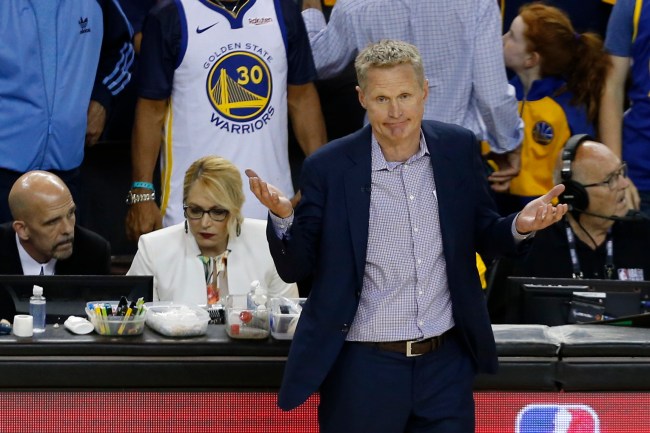 The Golden State Warriors welcomed the Los Angeles Clippers into their brand new home, the Chase Center, on Thursday night for the first game in the new building. While it was a celebration early on, things turned bad for the Warriors pretty quickly.

The Clippers carried an 11-point lead into the half and when the final horn sounded Los Angeles walked away with a 141-122 win. It was a brutal shooting night for the Warriors, something we’re not used to seeing, as they shot just 39.4% from the field.

After watching his team’s bad performance, Steve Kerr spoke candidly with the media.

“This is not a one-off, this is the reality,” Kerr said. “There’s going to be nights like this this year.”

“It doesn’t feel very good,” Kerr said. “Losing stinks. It’s no fun. This is more the reality of the NBA. … The last five years we’ve been living in a world that isn’t supposed to exist. Five years of, if I remember, the best record anybody’s ever had over five years. So this is reality, nine guys 23 or younger, and we’re starting over in many respects.”

Draymond Green described the Warriors’ night pretty well too saying “we fu–ing sucked.” Neither Green or Kerr were wrong in their assessments.

It’s strange living in a world where the Warriors aren’t among the NBA’s elite or even the Western Conference’s elite. We’ve all known this was coming after Kevin Durant left for Brooklyn and Klay Thompson tore his ACL, but it’ll still take some getting used to.

In the last five years, we never saw a Warriors team lose more than 25 games and we had the historic 73-win 2015-16 regular season, but that era is over.

Kerr will need to have his best coaching season yet to push this Warriors team into the Top-4 of the Western Conference when it’s all said and done, and based on his quotes, he knows that.