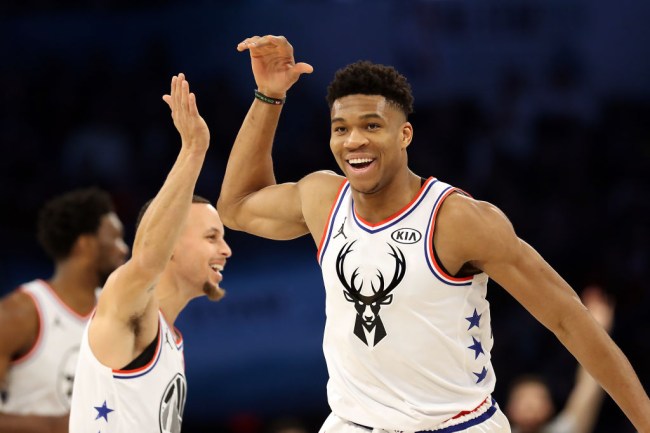 This year’s Golden State Warriors team has somehow managed to put Wile E. Coyote to shame based on how hard they’ve fallen off of a cliff following a season that saw them make the NBA Finals for the fourth time in five years.

The Warriors ultimately lost to the Raptors but that was far from the only loss they suffered in that series, as the team saw Klay Thompson go down with an ACL injury just one game after Kevin Durant left what would ultimately be his final contest in a Golden State uniform thanks to a torn Achilles.

As if those setbacks weren’t bad enough, Steph Curry was also sidelined early in a season where they’re currently sporting a 9-30 record and have only the Hawks to thank for not being burdened with the shame that comes with being the worst team in the NBA.

The Warriors may not be in full rebuild mode but they’re about as close as they can get given their current situation, and while they’ll likely have a pretty high pick in the next draft, they’re still going to have some work to do if they want to return to their recent glory.

Last year, rumors started to swirl that the Warriors are interested in targeting Giannis Antetokounmpo when he hits the free agent market in 2021 and there’s been speculation the team could even angle to get him in what would have to be a blockbuster trade before his contract expires.

Now, it looks like Steph Curry is very down for that idea, as he appeared to hit The Greek Freak with a sales pitch following his team’s Wednesday night matchup against the Bucks.

He didn’t stop there, as a reporter noticed Antetokounmpo was in possession of a Warriors jersey emblazoned with the guard’s autograph as well as some sort of message.

Couldn’t read it because it was upside down from my angle, and still photos aren’t allowed in locker rooms, but Steph wrote a long note on the “0” half of the “30.”

Sure, it may be blatant tampering but I’m sure Curry is more than glad to risk a potential $50,000 fine or a meaningless suspension if it leads to the Warriors not sucking as much as they have.