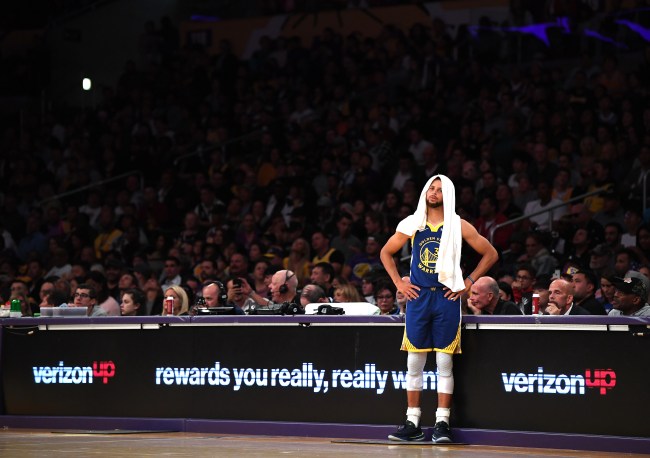 That’s why I may have been the only person in America not surprised that The Great One doesn’t deem Steph Curry, who doesn’t even have a Finals MVP Award to his name (pssh), unworthy of a spot among him in the Hall of Fame. Three championships, five NBA Finals appearances, two MVP awards, and statistically being the best shooter to ever live simply ain’t going to cut it in Mike’s eyes, small fry.

Last month, instead of telling the GOAT to go pound sand, Curry decided to use MJ’s comments to fuel his fire, referring to Jordan as “the greatest of all time” before admitting that he still has a lot to prove to himself.

Curry, who is particularly generous about sending his shoes to fans, was recently asked if he ever sends pairs of shoes to his “haters,” and it became clear that Jordan’s comments from a month ago are still fresh on Curry’s mind.

During a special FSR segment @MatthewJWelty asked @StephenCurry30 if he ever sends shoes to his haters.

Steph said: “Not yet, I might have to send them to MJ.” 😂 pic.twitter.com/tIHzRpWl61

Boom roasted, MJ! Hey MJ, I’d win six titles too if I had the luxury of riding Bill Wennington’s back hair to victory. Pathetic!

P.S. This has nothing to do with any of the previous words, but I’m a sucker for witnessing uber-famous pro athletes doing everyday things like us mouth breathers. So here’s Steph Curry going through a drive-thru and nearly giving a group of girls a panic attack.

Imagine working a shift and outta no where Steph Curry pulls up 😂 pic.twitter.com/HkA6o0D1L1