Stephen A. Smith Gave Some Surprisingly Sane Life Advice In A Fiery Speech To Members Of The Alabama Crimson Tide 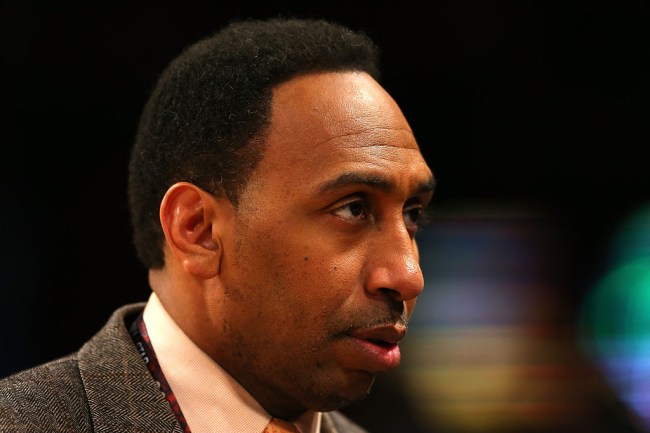 Countless people would kill for the chance to talk about sports for a living, and over the course of his career, Stephen A. Smith has gotten paid absurd amounts of money to do exactly that despite ample amounts of evidence that he might not really know as much about the topics he shouts about on a daily basis as someone in his position should.

I’m aware Smith is merely playing a character and gets paid the money he does thanks in no small part to his ability to both entertain and consistently rustle jimmies, and in the past, he’s actually shown some self-awareness—like the time he gave a talk to the Syracuse football team.

Smith recently channeled his inner Tony Robbins yet again while chatting with members of the Crimson Tide football program, who gathered together to hear him dole out some life advice.

While I’m normally a big fan of clowning on the personality, it’s hard to deny he makes some pretty damn good points.

Every DAMN body needs to hear this. And that even includes the Alabama Football Program. pic.twitter.com/VkcxhyDIPm

If you can’t watch the video, here’s what he had to say:

You are a commodity or you are a liability to your family, friends, and loved ones and in a lot of cases that includes the program that you’re playing for. Yes, you are cared for. Yes, you’re not just somebody to be used and be thrown away. But for the most part—in the real world—people don’t give a damn about you. They give a damn about what you can do for them.

You either produce or you are moved aside for somebody who can produce for them. That’s the real world.

Y’all heard it before. I’m not telling you something new but I’m giving it to you and I’m trying to give it to you in a way that really, really resonates with you because I need you to understand time’s running out.

You try to make it last as you possibly can well beyond your college days. You know how to do that? By being successful.

The video cuts out before he talks about what specifically you can do to be successful, but based on what he’s managed to achieve, it appears talking out of your ass until someone buys your shit isn’t the worst strategy in the world.