Stephen A. Smith Speaking Confidently About Things He Knows Nothing About Is As American As Apple Pie 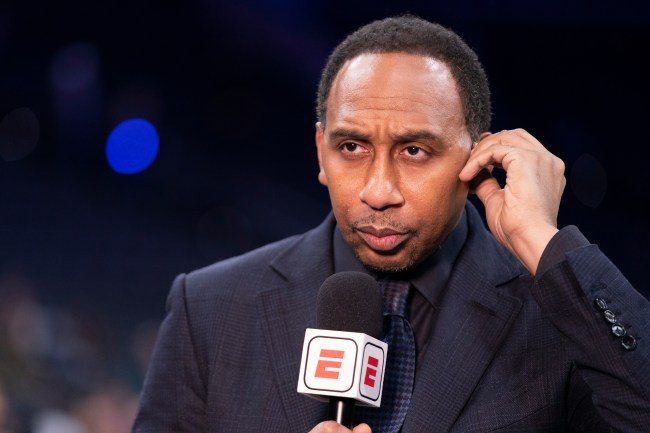 I’d like to begin by saying that Stephen A. Smith is, by far, the most entertaining sports personality on television. My world is better with him in it.

I’d also like to say that, at times particularly when he’s talking about football and MMA, Stephen A. Smith sounds like he’s giving presentation on a book he’s never read.

A few of his greatest hits:

Mr. Smith is back on his bullshit, using misinformation to breathe life into a Tom Brady to [Insert Team Not Getting Tom Brady] narratives.

Stephen A Smith mentioned Terrance Williams as an option that Tom Brady could have if he joined the Dallas Cowboys.

“Put Tom Brady, with his pedigree, his knowledge, his championship experience, in Dallas,” Smith said on ESPN. “I got Ezekiel Elliott behind me running the football. I’ve got this offensive line that’s going to protect me. I’ve got a No. 1 (receiver) in Amari Cooper. I’ve got a reliable tight end in Jason Witten. … I’ve got others as well: Terrance Williams and these boys.”

Terrence Williams is a free agent who hasn’t played for the Cowboys in 16 months and was most recently cut by the XFL’s St. Louis Battlehawks before the start of the season.

Jason Witten is 148 years old in tight end years, and his 529 yards last season was the lowest since his rookie year. He’s also a pending free agent, but that won’t matter because the only reason he came back for a season anyway is to make everyone forget about his time in the booth.

I wonder if Coach Parcells is ever going to actually say Williams name?

Highest paid personality at ESPN. Makes sense given they are owned by Disney. They are in to fantasy land

Stephen, you are the highest paid sportscaster in the business. Your success is admirable. The only advice a guy like me can give you is:

"STAY OFF THE WEED" baby filter version was made for Stephen A Smith! 🤣🤣🤣🤣🤣 (@spun) pic.twitter.com/O8TGGAEdjM