Stephen A. Smith Blasts Eric Reid After His Colin Kaepernick Comments, Calls Him A ‘Professional Complainer’ Saying He Should Retire 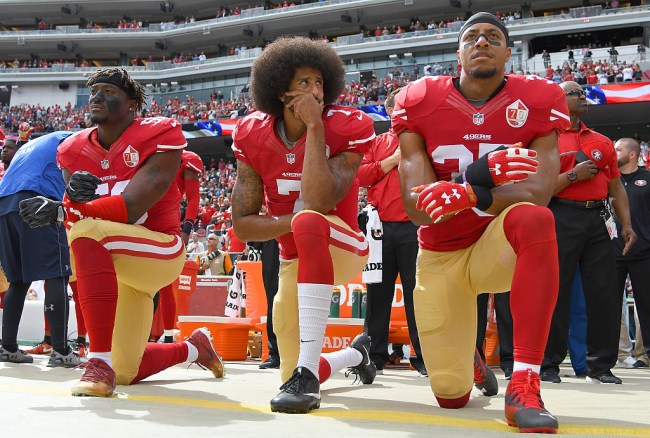 After the news came out that Colin Kaepernick would have a scheduled workout on Saturday in Atlanta as a type of showcase for NFL teams, his former teammate in San Francisco Eric Reid (and others) had some choice words about the situation.

Reid, who knelt beside Kaepernick during the National Anthem, expressed to ESPN that he feels as if the whole thing is a PR stunt by the league.

“I’ll believe it when I see it. At this point, it feels like a PR stunt.”

“What decision-makers are going to be able to attend a workout?” he asked. “The other strange thing, I saw there was a report other teams were interested in Colin but they reached out to the league about it. That’s strange.”

Stephen A. Smith didn’t necessarily like Reid’s comments about Kaepernick and the situation at hand. Smith went on ‘First Take’ on Thursday and blasted the Panthers safety going as far as to say that he should retire from the game of football while also calling him a professional complainer.

This rant comes after Smith said that Kaepernick ‘needs to shut up‘ if he wants back in the league.

NFL Insider Adam Schefter even voiced his concerns about the workout and is even skeptical that it will even happen.