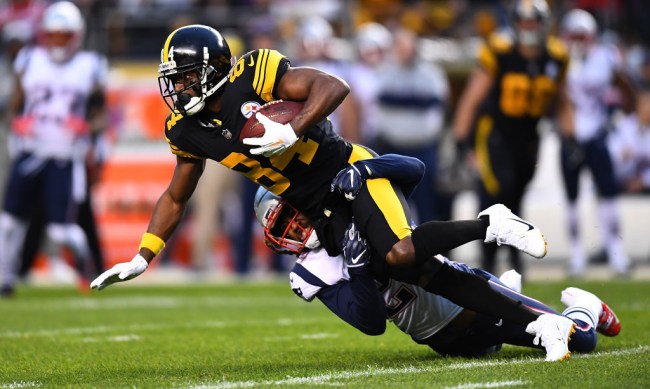 Stephon Gilmore has earned the reputation of being the silent assassin. The Patriots star cornerback rarely engages in post-whistle antics, so when he and Antonio Brown got into a brouhaha during the third quarter of the New England Patriots’ 17-10 loss to the Pittsburgh Steelers at Heinz Field, Patriots fans took notice.

The two needed to be separated by officials, but no flag was thrown.

After the game, Gilmore was asked about the scuffle, to which he responded:

“He did a little dirty move, grabbed my helmet, threw me down,” the Patriots cornerback said. “That was super dirty. But other than that, just competing on the field.”

The jab didn’t come without Gilmore’s praise for the four-time All-Pro receiver.

“It was fun,” Gilmore said. “He’s one of the best receivers today. One thing that he’s good at — it’s not his routes — but his(timing) … when he makes his move. He’s very good at it.”

Although Brown hauled in a touchdown reception, he had limited success against Gilmore, who held arguably the best receiver in the game to two catches on four targets for 8 yards, according to Pro Football Focus.

Brown and the Steelers got the better of the Patriots, 17-10.