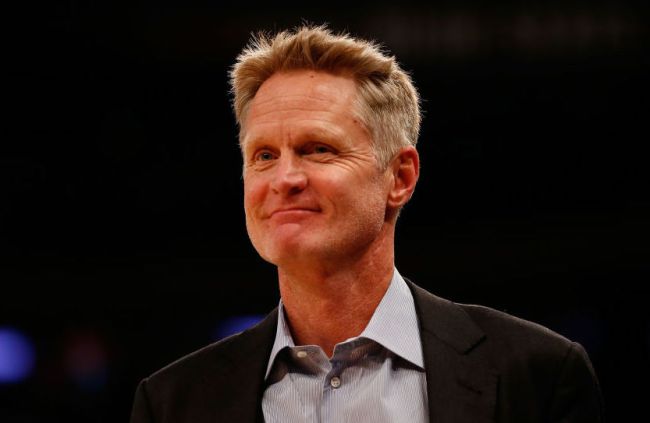 James Harden got his wish of getting out of Houston as the Nets and Rockets pulled off a mega, four-team trade to send the eight-time All-Star to Brooklyn. The Nets are now a super team with Kyrie Irving, Kevin Durant, and Harden. That’s all well and fine, they could go on to win a title, maybe multiple over the next few seasons, but we can’t just look past the fact that Houston may have fleeced Brooklyn with this trade.

The last time the Nets elected to pull this sort of move, they sent three first-round picks and a pick swap to Boston for Kevin Garnett and Paul Pierce which is arguably the worst trade of the 21st century.

This is a high-risk move for the Nets, to put it lightly.

Warriors head coach Steve Kerr, who is familiar with massive trades like this, doesn’t necessarily see it that way, however. While he’s just happy to see Harden out of the Western Conference, he also tipped his cap to Nets GM Sean Marks for the move.

“Well, I guess my first thought is, it’s good to get James Harden to the East,” Kerr explained on 95.7 The Game, via Radio.com. “I think that’s good. A lot of the dominant NBA players have been in the West, for whatever reason. So, it’s good to balance it out a bit. My next thought is, what an amazing job Sean Marks has done since he became the Nets GM.”

It’s difficult for me to say Marks did an amazing job by lighting a fire to the Nets’ future draft aspirations and essentially pulling off Pierce – KG trade number two. Marks wasn’t the GM of the Nets when they made the trade for KG, but he’s certainly aware of how that ended up playing out.

Maybe we should hold off calling Marks amazing until after he figures out how to handle all of these contracts in the years to come.