Remember When Tom Brady Walked Into A Stranger’s House In Tampa? Here’s The Owner Talking About How Surreal It Was 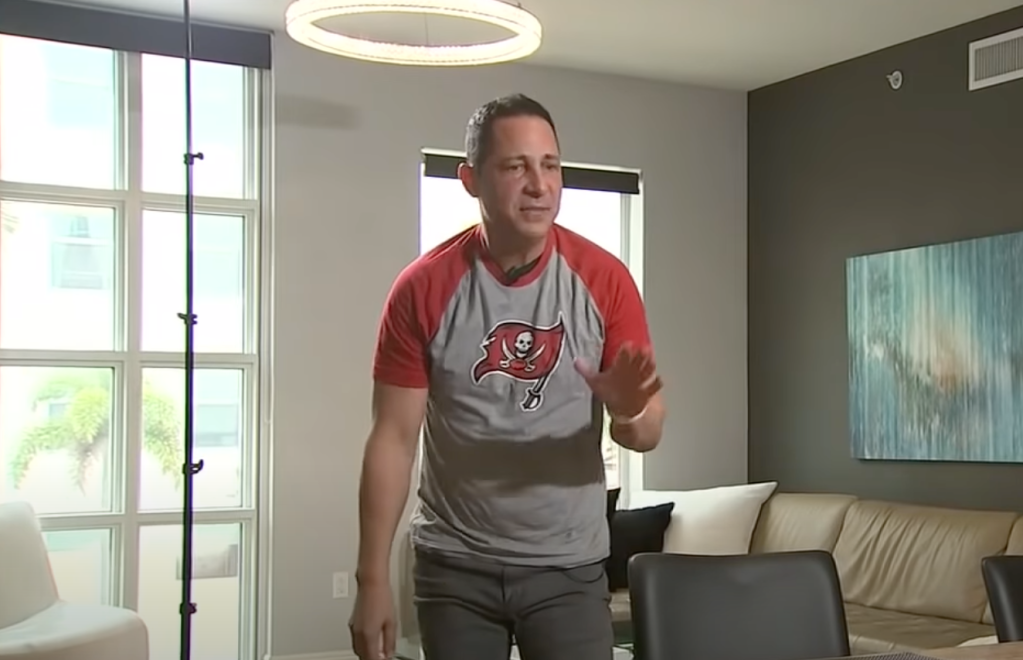 It seems like a lifetime ago when Tom Brady moved to Tampa after shocking the world with the announcement that he’d signed a 2-year contract with the Tampa Bay Buccaneers and was leaving the New England Patriots. As a Buccaneers fan, I’m STILL trying to process how it’s possible that we ever landed Tom Brady. It just does not compute in my head. Alas, we’re reigning Super Bowl Champions less than a year after signing the G.O.A.T. and it feels damn good.

Tom’s arrival in Tampa was anything but ordinary. He showed up in April amidst a rapidly changing world that was still trying to come to grips with the pandemic. And when Tom showed up he actually arrived at the wrong house and walked into a complete stranger’s home.

I remember this story like it was last month yet somehow it also feels like 5 years ago because we just made it through a calendar year with so much breaking news that every day felt like a week, every week felt like a month, and every month felt like a decade. But then I just stumbled across this amazing local news clip from last week with the shocked homeowner talking about handsome AF Tom Brady walking into his house and saying ‘waaaassssssuuupppppp’. This reminded me of how much I love local news sometimes:

The guy in the clip above, David Kramer, was just hanging out when Tom sauntered in with his luxurious duffel bags and acted like he owned the place. Which, to be fair, Tom Brady has the financial power to buy just about any building he ever walks into and has an aura of confidence I couldn’t comprehend in a million years. As we soon learned after the story broke, Tampa Bay Buccaneers offensive coordinator Byron Leftwich owned the house next door and that’s where Tom was supposed to be.

But if I’m just sitting there on the couch and Tom Brady walked in my first thought is ‘where’s Ashton’ and that I’m getting Punk’d on MTV. Tom made a joke about it in late April, or his social media manager did:

Trespassing in parks, breaking and entering… Just making myself at home in Tompa Bay! 😂 https://t.co/zfm5q9zhz6

I guess that tweet was a pretty solid precursor to yesterday’s Tom Brady tweet here he poked fun at the video circulating where he looked solidly hammered after the boat parade:

That parade was so good yesterday. I barely remember the parade from the Bucs 2002/2003 Super Bowl season but I was working from home yesterday and able to DVR the entire boat parade + only spent a minor fortune on throwback creamsicle gear at Mitchell & Ness instead of forking over a massive amount of cash as I was prepared to do. So I’d say it was a win.