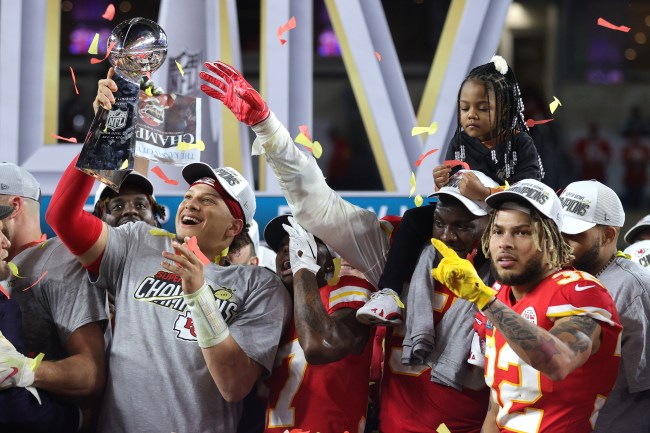 Super Bowl 54 has come and gone, with the contest giving us plenty of drama as the Kansas City Chiefs overcame a 10-point deficit in the 4th quarter to defeat the San Francisco 49ers. While my buddy Nate isn’t too thrilled with the outcome — he’s a Niners fan who I physically saw drown his sorrows in alcohol all Sunday night — the good people of Kansas City are celebrating like never before.

As disappointing as Niners fans are about the loss, it obviously sting more for any player who suited up in the Big Game just a couple of days ago, with guys looking back wondering “what if…?” when it came to blowing a two-score lead with about 8 minutes left in the game. That’s a natural question — and will surely be asked over and over until training camp starts this summer — but there’s one thing that Niners players can at least take solace in: their big paycheck for just reaching Super Bowl 54.

Look, there’s no amount of money that can ease the pain of losing a championship game like the Super Bowl, but, according to CNBC, getting a monster bonus can at least help a little bit, right? Just take a look at the player bonuses players from both the Chiefs and Niners got throughout the postseason run, and how much they earned from the Big Game itself.

In addition to bringing home the coveted Vince Lombardi trophy, the players from the winning team (Chiefs) each earn a six-figure bonus check: $124,000. That’s according to the 2011 collective bargaining agreement the NFL signed with the NFL Players Association, which will be in effect until the 2020 season.

Both the Chiefs and the 49ers have already earned $87,000 per player in postseason play. That number includes $31,000 for winning the divisional playoff round and $56,000 for the conference championship. Each winner could go home with a total of $211,000 in bonus pay.

Those figures aren’t huge when compared to the salaries a lot of these players already make — which is in the millions — but if you gave me $124,000 as the punter of the Chiefs, I’d gladly take it and go invest in something that can earn me more down the road. It’s just another reason why being a pro athlete is badass; and why, even if you lost Super Bowl 54, you’re still (sorta) winning.