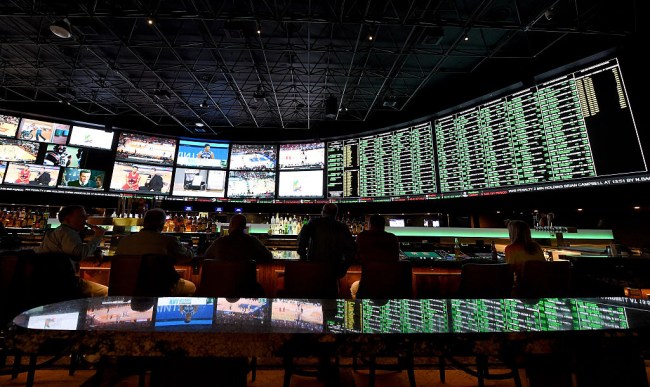 For the past 30 years, Jim Nantz has proclaimed The Masters as “a tradition unlike any other,” but as far as I’m concerned, there’s no better annual ritual than getting way too into the various prop bets that you can wager on during the Super Bowl. If you’ve never yelled at your TV because you had the over on the national anthem or gotten way too excited about the color of Gatorade that gets dumped on a coach after the game ends, you’re missing out on one of the best experiences in all of sports.

Prop bets offer a fantastic opportunity for casual fans and degenerate gamblers alike to make money on seemingly insignificant aspects of the broadcast, and BetDSI recently released a list of odds filled with opportunities to make bank by betting on the dumbest things possible.

Here’s your guide to picking some of the best prop bets of 2018.

Total number of Donald Trump tweets during the game?

Last year, Donald Trump spent most of his Super Bowl Sunday bitching about the legal system’s reaction to his travel ban and only made one tweet related to the game that was posted hours before kickoff. I’d be surprised if we get more than one Trump tweet during the action, unless…

Will any players take a knee during the national anthem?

Anthem kneeling was a hot topic of conversation earlier in the regular season, but it slowly lost steam over the course of the year. Both the Eagles and the Patriots had players who protested at some point in 2017, and while you could argue some athletes might be motivated to use the national stage to bring awareness to the cause, I’d be surprised if anyone actually did.

This is perhaps the most vintage prop bet out there, and it’s basically a total crapshoot unless you happen to know one of the dudes on water bottle duty. According to OddShark, water had a good run in the late 2000s, but orange has been on a bit of a roll lately. I’m going to assume that trend continues into 2018.

How many times will word “Dilly” be said during the broadcast?

Based on the fact that the over/under is in double digits, I assume “the broadcast” includes commercials. If that’s the case, you should hammer the over harder than a carpenter on steroids because there’s no way Bud Light misses the opportunity to hit America over the head with the biggest beer-related catchphrase since “Wazzup!”

How many commercials will Peyton Manning appear in during the broadcast?

Last month, rumors swirled that Papa John’s wouldn’t be purchasing any commercials during this year’s Super Bowl broadcast. That means that Nationwide would have to run three commercials featuring the former quarterback, but the optimist in me hopes they know better than to subject the country to that much Peyton Manning.

Will Tom Brady announce retirement after the game? (Must be shown on broadcast)

Tails has been victorious in the past three coin tosses, so I’m going to soundly reject the gambler’s fallacy and say heads takes back the crown.

There are a number of prop bets concerning certain words that Michaels will utter during the game. He has a history of making cheeky gambling references and has even gone out of his way to help bettors hit the over on prop bets, and out of all the words he might mutter, I think this will offer the best return on your investment.

Will Rob Gronkowski be medically cleared to play?

Gronk has two weeks to recover from the concussion he (maybe) suffered on Sunday, and there’s no doubt the Patriots will do everything they can to find some loophole in the concussion protocol to make sure they don’t have to play another Super Bowl without him.

Will any member of NSYNC make a halftime show appearance?

Both Joey Fatone and JC Chasez said they haven’t been asked to appear at halftime and something tells me Timberlake isn’t hitting up Lance Bass and Chris Kirkpatrick so they can have a half-assed reunion. I’m sure JT is getting by just fine without those NSYNC royalties.