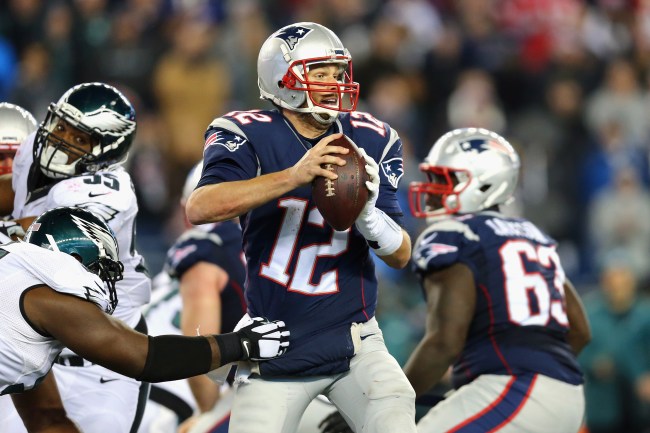 The New England Patriots and the Philadelphia Eagles will battle for football supremacy on Feb. 4 at U.S. Bank Stadium in Minnesota, rekindling a 2005 Super Bowl in which  the Patriots squeaked out a 24-21 win. The win earned Tom Brady his third Super Bowl victory in four years, and Brady remains the only player on either roster to play in both games, 12 years apart. Somewhere Donovan McNabb is dry-heaving at that piece of trivia.

For Patriots fans, there is not much more to prove, and a sixth Super Bowl victory in the Brady/Belichick era will be fries at the bottom of the bag for the duo. On the other hand, for an Eagles franchise that hasn’t won a Super Bowl since 1960, its fans have to be foaming at the mouths. Philly consistently ranks in the top three in attendance and has sold out every game since the 1999 season. Blue balls are an understatement.

So, it will be interesting to see if Philly’s dry spell will affect the fan disparity inside U.S. Bank Stadium on February 4th. But one thing is for sure, those in attendance for the game will have to pay a shitload of money.

According to current numbers on StubHub.com, the cheapest seat in the building is in the upper corner, section 319. One ticket is going for $4,749. If you want to sit in the lower level, the cheapest ticket is 18 rows from the filed in the corner of the end zone, currently going for a cool $5,699. If you are rolling in it, you can upgrade to a luxury box–currently going for $66,665 a ticket, and that will seat you 13 rows from the field in a box. The most expensive ticket on StubHub are a pair of tickets going for $100,000 a piece. The two tickets are in the upper level and the seller must have been on crack to think someone would splurge that much on meh seats.

Bottom line: If you have a desire to go to Super Bowl LII, open your wallet.