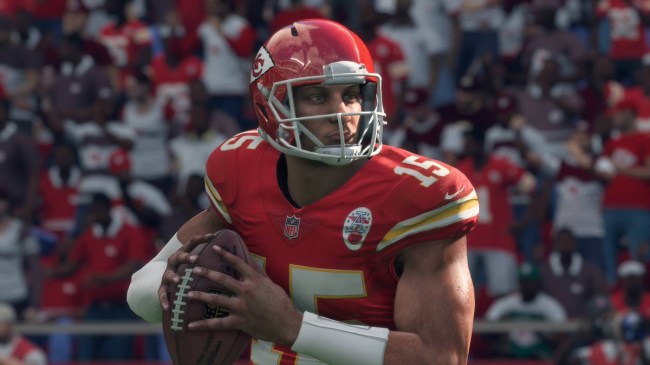 Super Bowl LIV is just around the corner, and in the coming days, the world will be flooded by predictions from so-called “experts” who will confidently state they know who’ll win the game and what the final score will be while hoping no one will call them out when their prophecies prove to be incredibly off the mark.

As someone who doesn’t have a dog in the race, I could honestly not care less about how things ultimately play out and my predictions are limited to how long Demi Lovato will take to sing “The Star-Spangled Banner,” which track J.Lo is going to bust out first at the halftime show, and which color Gatorade is going to get dumped on the winning coach (there’s a rumor it’s going to be purple to honor Kobe Bryant, so while that’s currently the overwhelming favorite, I’m hammering orange nonetheless).

I normally stay away from betting on the result of the actual game because I’m willing to admit I have about as good of a chance of picking a winner as the animals across the country who made their Super Bowl picks this week, like the hippo at the Cincinnati Zoo who vomited all over the Chiefs logo while doing so, which I assume is a good sign for the 49ers.

AND THE WINNER IS?: #Fiona the hippo at the @CincinnatiZoo vomited while making her #SuperBowl prediction on Thursday. Who do you think she’s picking? https://t.co/JKO5Gs0NFq pic.twitter.com/EzinQ33wWf

However, there’s one Super Bowl prediction in particular that people wait for with bated breath every year: the annual Madden simulation.

Last year, I took a look at just how accurate EA Sports is when it comes to correctly guessing the result of The Big Game. While the company had a 6-1 record to kick off this tradition, it had a rocky decade and dropped to 4-5 over the last nine contests by incorrectly guessing the Rams would beat the Patriots last year.

On Thursday, the results of the simulation for Super Bowl LIV were released, and if they’re to be believed, the Chiefs will ultimately take home the Lombardi Trophy and cover the spread by beating the 49ers by a score of 35-31.

The Chiefs are favored to win and Mahomes—who was named the simulation’s MVP—is also the top contender for that honor so Madden has a pretty good shot at redeeming itself this weekend after a rough few years.