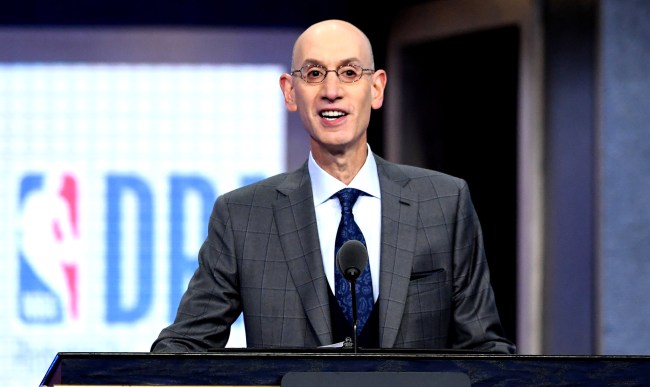 The perks of going pro become evident right away with the huge amount of swag players receive for being a part of the 2020 NBA Draft.

Players like Anthony Edwards, LaMelo Ball, Tyrese Maxey, and James Wiseman will all receive a personalized “NBA Draft Gifting Locker” filled with goodies, assuming they are among the 30 players the NBA deemed worthy of receiving it.

Inside the “NBA Draft Gifting Locker” – which weighs a stout 126 pounds – these players will find a New Era X NBA 2020 Draft 9Fifty snapback hat for each NBA team.

According to The Athletic, the lockers also contain a personalized official Spalding basketball, an Oculus 2 virtual reality headset, and a suite of Beats products including the Pill+ portable speaker, Studio3 wireless over-ear headphones and Flex wireless earphones.

The players get to keep all the swag regardless of whether or not they get drafted Wednesday night.

The NBA also provided 39 players with a Microsoft Surface tablet, Beats Powerbeats Pro earbuds, an iPhone with tripod, a ring light, a Beats Pill wireless speaker for audio, and all necessary cables and technical equipment.

They don’t get to keep any of that, however. It’s just being loaned to them to assist with the live “virtual draft” broadcast. The other 19 players invited to participate in the 2020 NBA Draft will have an actual broadcast truck stationed at their home.

🔥 @TyreseMaxey is HYPED to get his NBA Draft Gift Locker! 🔥

“We wanted to make sure we provided something nice for the players,” said Carlton Myers, the NBA’s associate vice president for event management.

So how did they decide which 30 players deserved to get one of these special lockers?

“A lot of different sources helped us decide,” said Myers.

Of course they did.

A quick check of the players the NBA has tweeted or retweeted about so far leading up to the draft might give us a good idea, since they don’t want to tell us.

The Start of Something Special.