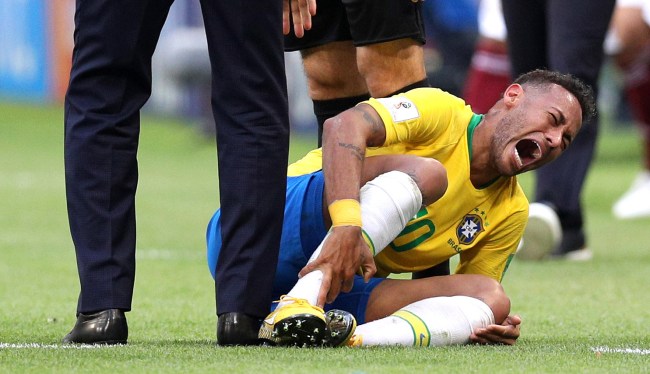 Neymar has had a pretty darn good World Cup so far for Brazil scoring a couple of goals. Heck, he’s outlasted his contemporary stars Lionel Messi and Cristiano Ronaldo in the tournament if nothing else.

However, as many have noted on social media, and has been chronicled by RTS Sport, Neymar has also spent almost 14 minutes on the ground in apparent agony during his four games in this year’s World Cup. 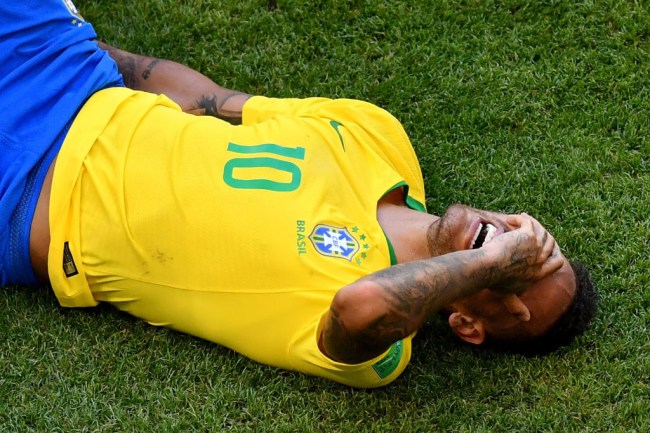 Many people, including myself, use flopping as one of the reasons we have a hard time taking international soccer seriously.

Gordon Hayward broke his ankle completely in half and showed about 10 percent of the pain Neymar just did.

Which is why it’s doubly funny that a Swiss youth soccer team decided that because one of the sport’s biggest star is all about that flopping game, they too would spend some quality practice time performing a “flopping drill.”

According to Google Translate, the tweet reads, “Swiss football clubs have added ‘Neymar exercises’ to ‘football training’ in the lower buildings!!”

Don’t know what it means by “the lower buildings,” but it’s funny.

This too is funny…

And the Oscar goes to #Neymar @neymarjr pic.twitter.com/Jv1vvymRL4