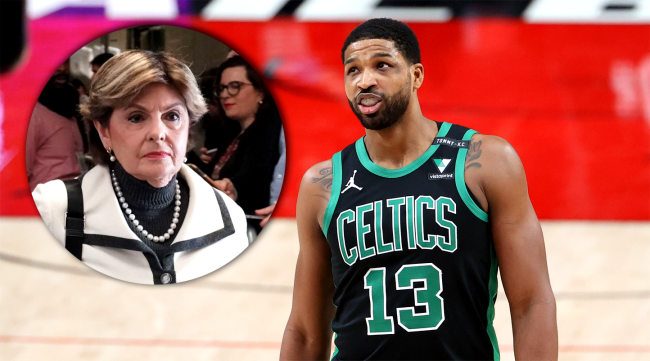 Women’s rights attorney Gloria Allred has had many high-profile clients over the years. She represented numerous women in the case of Bill Cosby and is currently representing three women who have accused Donald Trump of sexual misconduct. Now she will also be representing Instagram model Sydney Chase in her legal war with NBA star Tristan Thompson.

The 23-year-old Chase has been embroiled in a war of words with Thompson ever since she claimed that he cheated on his wife Khloe Kardashian with her and lied about being single when they hooked up.

Chase also claimed last month that she and Thompson had been together off-and-on since November, just months after he supposedly reconciled with Kardashian.

Later, Chase shared DMs sent to her by Khloe asking for their conversation to be kept confidential.

Recently, after receiving a cease and desist letter from Thompson’s lawyer, Chase publicly resolved to double down on her claims of Thompson’s infidelity.

“It is obvious that you are a liar,” lawyer Marty Singer wrote to Chase, “your claim that you had a relationship with Mr. Thompson is pure fiction.

“The purported texts you claim exist are equally fictitious, and they put words in my client’s mouth that he never said that are contrary to his thoughts and feelings. This is defamatory.”

As a result, Chase has hired Allred to defend her.

“Our client, Sydney Chase, is outraged at what she regards as false statements that have been made about her in the media by Tristan Thompson’s representatives,” Allred said in a statement to Page Six.

“She has retained my law firm, Allred, Maroko & Goldberg, to represent her and to conduct a full investigation which she believes will substantiate the relationship between her and Tristan Thompson.”

Allred continued, “Mr. Thompson’s representatives have challenged her to reveal evidence of their relationship. We would be willing to share evidence that Sydney has given us, provided that Mr. Thompson will make himself available in person to answer my questions and provide us with documents that we request.

“If Mr. Thompson has nothing to hide, then we would expect that he will make himself available for questioning by me and that he will voluntarily provide the documents. Sydney would be willing to be present at this meeting to answer questions and provide documents.

“Khloé Kardashian is welcome to attend. We believe that the truth will emerge through this process. When we conclude our investigation, we will then advise Sydney regarding her legal options.”

Chase also told Page Six that she has evidence of her affair with Thompson, but that it is now in the hands of her attorneys.