Tamara Ecclestone, Heiress To The $3 Billion Formula 1 Fortune, Robbed Of $64 MILLION In Jewelry 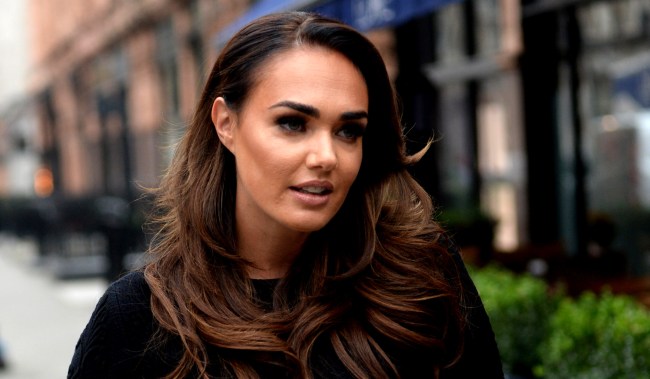 The last time we checked in on Tamara Ecclestone, the second daughter of former Formula 1 boss Bernie Ecclestone, was in 2013 when she was posing for Playboy.

Since then the British model and socialite, now 35, has been keeping herself busy starring in her own television shows Tamara Ecclestone: Billion $$$ Girl and Tamara’s World, getting married, and having a daughter.

Her father’s fortune has been estimated to be between $3 and $4 BILLION, which is how, in 2011, she and her husband Jay Rutland purchased a house in Kensington Palace Gardens in London for a cool $60 million. (Small potatoes for the fam. Her younger sister Petra Ecclestone – also a model and socialite, natch – paid $85 million for the Spelling mansion in Los Angeles, then turned around and sold it for $120 million.)

It is the home in London that this story takes place, however, as Tamara was recently the victim of a $64 MILLION jewelry robbery. That is not a typo.

According to a neighborhood source who spoke to The Sun, “This is the most shocking burglary because it is one of the most secure houses in London on one of the most secure streets in London. An estimated £50 million worth of jewellery has been stolen from inside Tamara’s safe and Jay’s safe. Whoever did this was in the house for 50 minutes in total and had time to smash open the safes that are hidden in Tamara’s dressing room and Jay’s dressing room. Neither would be easy to find.”

The theft of the jewelry is believed to have been perpetrated by three people who climbed over a fence and somehow were able to enter the house despite a security system, 24-hour security staff, and a guard working in the mansion’s security room when the crime took place.

The robbers are said to have fled when a security guard noticed them and escaped without arrest. It is suspected that the robbery may have been an inside job, explaining how the thieves were able to gain entry, find the jewelry, and escape without being caught in such a short period of time.

Eccelstone, who was “angry and shaken” after learning of the robbery, was reportedly away from home for the holidays when the theft occurred.

The neighborhood, referred to as “Billionaire Row,” is also, according to The Sun, home to Prince William and his wife Kate, Chelsea owner Roman Abramovich, the Sultan of Brunei, and China’s richest man, Wang Jianlin.