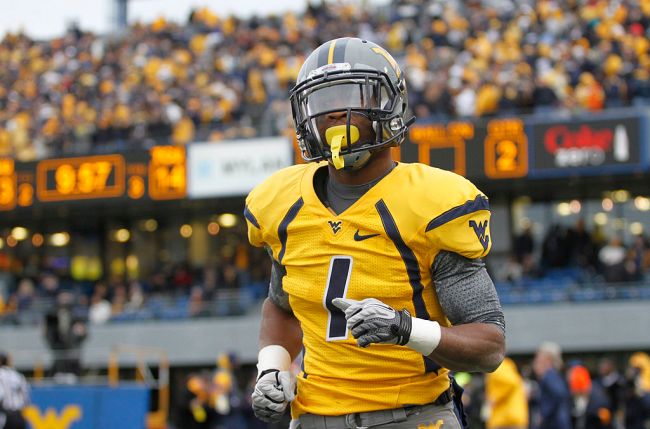 Tavon Austin signed with the Packers earlier this week and the former No. 8 overall pick in 2013 hopes to revitalize his career en route to a championship with Green Bay. He never quite lived up to his billing after spending the last eight years with Saint Louis, Los Angeles and Dallas, but Aaron Rodgers spoke today about how different his career could have done if the timing had been different. He’s right.

West Virginia’s offense from 2009-2012, while Austin was there, put up some huge numbers. The Mountaineers finished in the Top 25 in three of the four years, with the first two coached by Bill Stewart and the last two coached by Air Raid aficionado Dana Holgerson. Though Austin was listed as a running back in his freshman through junior years, he was more of a do-it-all receiver, running back and wildcat quarterback alongside true running back Noel Devine and quarterback Geno Smith. In his junior year he hauled in 101 catches for 1186 yards and ran the ball 16 times before taking over the entire offense as a senior and exploding for 1289 yards receiving, 643 yards rushing and 15 touchdowns. He was used out of the backfield, in the slot, split out wide to the sideline and as the team’s top kick returner. No one could tackle him.

While his game was near impossible to stop on the collegiate level, he has never eclipsed 510 yards receiving or 100 yards rushing in any of his seven years in the NFL. Part of that is because of when he entered the league. As a rookie in 2013, the professional game was more focused on pocket passers, establishing a firm running back to run between the tackles and playing under center, while the collegiate game was opening up the field and focused on getting the ball to its playmakers in space. The NFL has slowly evolved into a faster, spread league, but Austin missed the window. Players like Lamar Jackson, Tyreek Hill, Christian McCaffery, etc. have found unique ways to change the game toward elusiveness and opening up the field.

Austin at his peak, right out of school, would have thrived in today’s offensive systems, particularly running the jet sweeps and shuffle pass plays that are often prevalent in Matt LaFleur’s play calling. His new quarterback agrees.

“I think that had this offense really been going [at the start of his career], I think he really would have found a sticking spot for a long time, being a guy who can do so many things,” Rodgers said. “Giving him fly sweeps and getting him in [play-]action stuff, getting him on the edge. It’s nice having him.”

Signing with Green Bay this late in the season likely means he won’t factor too much into the offensive equation, but every extra weapon helps and maybe, just maybe, he will be the missing piece that the Packers need to make a push toward the Super Bowl.