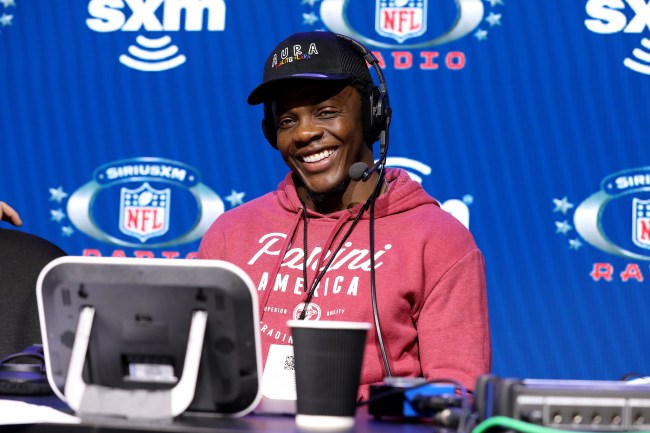 With Teddy Bridgewater recently joining the Carolina Panthers on a mega-deal to replace Cam Newton as the team’s starting quarterback, he knows that it’s his duty to try and get adjusted to a lot of new things. Whether that’s a new city, a new offense, a new set of teammates, or a load of other things., the signal-caller knows that, more than ever, he needs to get to work and start adapting to his new surroundings.

Unfortunately, given the fact that the world is on halt due to the current pandemic, Bridgewater knows that he’s at a bit of a disadvantage when it comes to some of these changes. Unlike previous NFL offseasons, this one is different in so many ways, with players and coaches literally locked out of practice facilities in the hope of keeping everyone safe from further spreading the virus going around. Due to that, Teddy has gotten creative.

Recently talking to the local media in Charlotte to discuss all the developments of the past few weeks, Teddy Bridgewater said he’s adjusting to life as a Carolina Panther by playing Madden NFL 20, hoping that the video game helps him get familiar with some of his new teammates. Seriously, just look at how Bridgewater explained the tactic.

Per The Riot Report:

…the 27-year old Bridgewater – when he’s playing the latest iteration of Madden – is learning about his teammates, one pixel at a time.

“You get a feel for the roster, so that’s a huge help,” Bridgewater, who has a 75 overall rating on the latest iteration of the game. “You also have the internet for that – but just being able to play in video games with these guys, DJ Moore, Curtis Samuel, Christian McCaffrey, those guys – you realize how awesome they are in video games and it excites you.

For those counting at home, Bridgewater’s 75 rating on Madden 20 is below teammates Moore (84), Samuel (80) and McCaffrey (99). Bridgewater says he feels like “a kid in a candy store” with the weapons the Panthers have put around him – including new free agent acquisition Robby Anderson.

“I’ve heard stories of how hard Christian McCaffrey works, how involved DJ Moore is and Curtis Samuel – I could go down the list. To add Robby [Anderson] to the equation, it’s great to be in the seat that I’m in.”

Welp, this is an interesting way to work from home, isn’t it? I wish I could just sit there and play Madden NFL 20 all day and claim that I’m just doing my job. Yeah, that’d be heaven on earth.

Of course, this isn’t something new for Teddy Bridgewater, because, as The Riot Report went on to explain, playing video games is a way that the quarterback has adjusted to new playbooks in years past, using Madden and the old NCAA Football video game to familiarize himself.

None of this is new for Bridgewater – as a rookie quarterback in Minnesota in 2014, Bridgewater imported the Vikings playbook into Madden to take as many “virtual reps” as he could. He did the same thing at Louisville, claiming to be almost undefeated at the college game as he used his real playbook, with real gameplans, against upcoming opponents to see how defenses would react to different route combinations.

Playing video games has been a huge part of athlete culture over the past decade or so, and Bridgewater is the latest to utilize the simulated football game as a way to adjust to life with the Panthers — and that’s awesome AF. He’s not alone either, because the Tennessee Titans said they used a “Madden Engage Eight” defense to slowdown league MVP Lamar Jackson in the playoffs last season, so it seems like there’s a ton of value in sitting around on a couch with a controller in your hand.